A dark comedy about a glum 18-year-old college dropout who becomes a Grim Reaper after she's hit by falling debris (a toilet seat, to be precise) from Russia's MIR space station. When not 'gathering' the souls of people about to die, she toils at a dead-end temp-placement service in the corporal world. 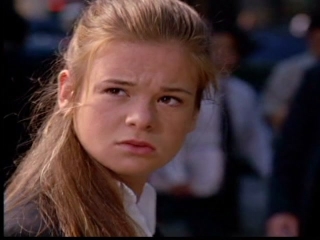 It's spooky how much you'll enjoy them

ABC is handing out both good and bad news this week. Robert Patrick has been promoted to series regular on the new Shawn Ryan drama Last Resort, TVGuide.com has confirmed. TVLine.com first reported the news. VIDEO: Get your first look at ABC's new series Nashville, Last Resort and more In the new thriller...

ABC has released trailers for its new fall series, including Nashville, The Neighbors and Last Resort, as well as previews for new midseason shows, such as How to Live With Your Parents (For the Rest of Your Life). Check out the videos below. Nashville is a family soap set against the backdrop of the Nashville music scene that follows two musicians, one who's already a star (Connie Britton)&nbsp;and the other who's on the rise...

ABC has greenlit The Last Resort, a futuristic thriller from The Shield creator Shawn Ryan, TVGuide.com has confirmed. ABC snags a futuristic Shawn Ryan drama and Jekyll and Hyde-inspired project The series tells the story of...

6 Seasons
Classic folk and fairy tales are adapted in this acclaimed cable series, which features topflight stars such as Robin Williams ('The Tale of the Frog Prince') and Susan Sarandon ('Beauty and the Beast'), and directors including Francis Ford Coppola ('Rip Van Winkle') and Tim Burton ('Aladdin and His Wonderful Lamp').
1982 Fantasy, Other
Watchlist
Where to Watch

1 Season
Host-producer Shelly Duvall followed 'Faerie Tale Theater' with updates of American folk stories that blended adventure and whimsy. 'Tales' had big budgets for location filming, name directors (including Michael Lindsay-Hogg and Christopher Guest), original scores (by Ry Cooder, among others) and, of course, stars. Among them: Jamie Lee Curtis (in 'Annie Oakley'), Danny Glover ('John Henry') and Elliott Gould ('Casey at the Bat,' with Howard Cosell narrating).
1985 TVG Fantasy, Other
Watchlist
Where to Watch

1 Season
A grisly murder rocks Los Angeles in 1938, exposing undercurrents of social and political tension, and bringing into focus the city's rich history, from the building of its first freeways and traditions of Mexican-American folklore to Third Reich espionage and the rise of radio evangelism.
60   Metascore
2020 TVMA Drama, Horror, Fantasy, Other
Watchlist
Where to Watch

4 Seasons
The "Legacy" is a modern, San Francisco-based arm of an ancient and secretive Greek society that was created to protect the world from unimaginable evil. In each episode of this chilling supernatural series, the group members struggle to defeat all manifestations of wickedness including vampires, restless spirits, demons, werewolves and all practitioners of the black arts. Without their efforts, humanity would be lost.
1996 TVPG Horror, Fantasy, Other
Watchlist
Where to Watch