An American version of the British comedy series features Ali G, a white wannabe rap star and hip-hop journalist in a yellow track suit who ambushes newsmakers and ordinary citizens with a barrage of bizarre (and often hilarious) questions. Among Ali G's notable foils: Donald Trump, Newt Gingrich and Ralph Nader. In addition to Ali G, the Cambridge-educated Sacha Baron Cohen's other alter egos include Borat, a clueless TV personality from Kazakhstan, and Bruno, an Austrian fashion reporter. 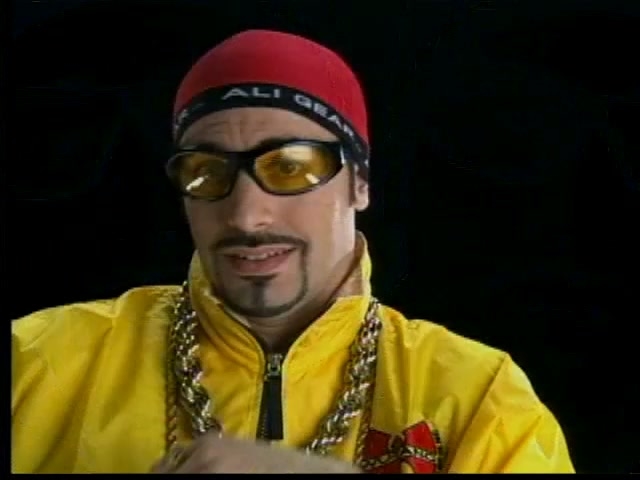 After two years in development, one never-greenlit CBS comedy pilot will finally see the light of day &#151; via an online debut, starting today, on the network's Innertube broadband channel. The Papdits, written by Da Ali G Show's Ant Hines and deemed to have some of the flavor of Ali G creator Sacha Baron Cohen's current theatrical release, Borat, follows a fictional family from Kashmir as they travel across the United States in an RV. Sounds to me like a lampooned international family's vacation.

The British have many curious TV traditions. They never miss the Queen's Speech on Christmas Day. They are crazy for Big Brother. And they adore characters who embarrass themselves with painfully misguided displays of hubris. We're talking about blokes like Basil Fawlty of Fawlty Towers, The Office's David Brent and Ali G of Da Ali G Show. And Alan Partridge, a cocky talk-show host, played by comic actor Steve Coogan, who thinks he's much cleverer than his guests &#8212; and never fails to let them know it. BBC America is currently airing The Alan Partridge Experience, which packages the two series tracking the rise, fall and attempted resurrection of his career. Knowing Me, Knowing You (1994) is a faux BBC talk show in which Partridge routinely humiliates his guests and ge

15 Seasons
A cash-strapped family farm for distressed horses is the setting for this dramatic series.
42   Metascore
2007 TVPG Drama, Family, Comedy, Other
Watchlist
Where to Watch

1 Season
Comed-drama centered around a dysfunctional family law firm in Vancouver.
2021 Family, Comedy, Other
Watchlist
Where to Watch