George Clooney stars in an audacious blend of action, drama and political satire. Amid the confusion at the end of the Gulf War, four GIs disappear into the Iraqi desert to search for millions in stolen Kuwaiti bullion. But their scheme to steal it doesn't go as smoothly as planned, and they soon find their lives spinning out of control. Mark Wahlberg, Ice Cube, Spike Jonze.

The creative team behind&nbsp;12 Years a Slave&nbsp;had plenty of reasons to celebrate at Sunday's Oscars, including the film taking home Best Supporting Actress for&nbsp;Lupita Nyong'o, Best Adapted Screenplay and Best Picture. But it wasn't all smiles for director&nbsp;Steve McQueen&nbsp;and writer&nbsp;John Ridley, who are reportedly feuding with each other. The beef started when McQueen asked Ripley if he could have a shared screenplay credit on the movie, and Ripley refused, according to&nbsp;TheWrap. Ripley raised eyebrows at the Academy Awards on Sunday when he snubbed McQueen on his way to the stage to accept the award for Best Adapted Screenplay, and neglected to thank McQueen in his speech.

Justin Bieber dropped by Friday's taping of The Late Show With David Letterman to tell us "Top 10 Reasons It's Fun to Be Justin Bieber." Justin Bieber, Ty Burrell and Zachary Levi hoop it up for NBA All-Star Celebrity Game We'll only ruin No: 5: "At the barber shop, I can say, 'Give me the me.'" Check out the sneak peek of the teen heartthrob's appearance. Bonus: There's a Bieber drum solo! ...

Is Connie Britton Heading to FX After FNL? 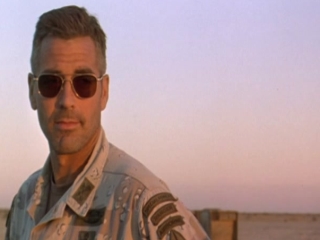