Blind violinist Sydney Wells receives a corneal transplant, which restores her sight, but she starts seeing dead people. With the reluctant help of her vision therapist, Sydney tries to learn the identity of her donor and rid herself of the troubling visions. 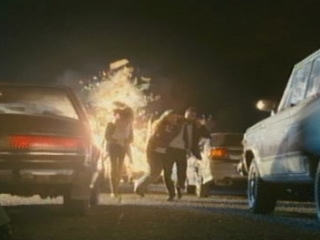 Are you ready for some football 'tween pop? Hannah Montana &#38; Miley Cyrus: Best of Both Worlds Concert Tour delivered the biggest payday of any film (Titanic included!) playing over Super Bowl weekend, grossing $29 million on just 683 screens. As a result, Disney is extending the film's one-week run. (Sorry, moms and dads. Hey, maybe Penny's folks can drive next weekend...?)Hannah Montana also claimed the highest opening for a film playing on fewer than 1,000 screens, trumping the $26.4 mil collected by Borat.Playing also-ran to Hannah Montana was Jessica Alba's The Eye, which opened with $13 million. Rounding out the weekend's top five were 27 Dresses ($8.4 mil), Juno ($7.4 mil) and last week's champ Meet the Spartans ($7.1 mil).Among other new releases, Eva Longoria Parker's Over Her Dead Body was practically DOA, coming in at No. 11 with a scant $4.6 mil.What's your take on Best of Both Worlds, those who hunted down a ticket? 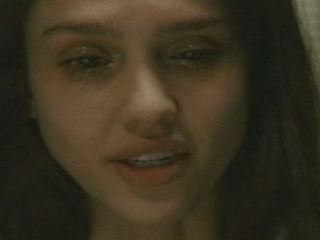 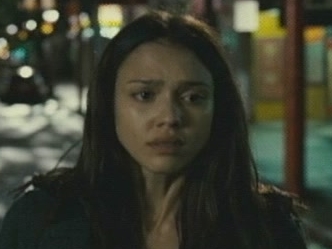 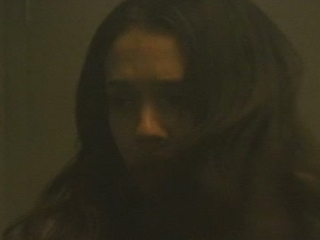 The Eye: Fire In The Apartment 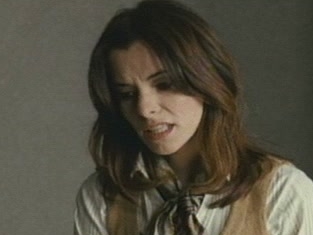 The Eye: Who Is She?

2 hr 10 mins
Maren Yearly (Taylor Russell) yearns for love and respect, both of which are lacking in her young life as a sinister secret forces her to live on the fringes of society. Maren struggles to reconcile the conflict between these wholesome wishes and an insatiable compulsion that has ruptured her family life and sense of self. When she falls fast and hard for Lee (Timothée Chalamet), an enigmatic young man, Maren is forced to confront the lifestyle thrust upon her head-on. Luca Guadagnino directs the horror-drama. Co-starring Chloë Sevigny, Michael Stuhlbarg, and Mark Rylance.
72   Metascore
2022 R Drama, Horror, Other
Watchlist
Where to Watch

1 hr 46 mins
Margot (Anya Taylor-Joy) and Tyler (Nicholas Hoult) visit Hawthorn, an exclusive restaurant on a coastal island boasting an extravagant tasting menu. Led by acclaimed chef Julian Slowik (Ralph Fiennes), the restaurant only accepts an elite selection of guests, including corporate leaders, movie stars, and wealthy couples. As the guests consume one course after the other, they soon find out they're part of a bigger, more ominous culinary plan.
71   Metascore
2022 R Horror, Comedy, Suspense
Watchlist
Where to Watch

1 hr 40 mins
In 1945, an Englishwoman (Nicole Kidman) moves her kids into a spooky mansion while awaiting her husband's return from the war. A well-crafted, atmospheric ghost story.
74   Metascore
2001 PG13 Horror, Suspense, Other
Watchlist
Where to Watch

Prey for the Devil

1 hr 33 mins
Directed by Daniel Stamm, this supernatural drama follows the life of a 25-year-old nun named Sister Ann (Jacqueline Byers) who feels that she has a special gift for performing exorcisms. She is hampered by the fact that only priests are allowed to perform exorcisms in an official capacity. When one of her mentors notices that she may have what it takes to help, she is allowed as an observer at first. But Sister Ann's gift will eventually be tested when she encounters dark forces that have ties to her life in the past. Co-starring Virginia Madsen and Ben Cross.
38   Metascore
2022 PG13 Drama, Horror, Suspense
Watchlist
Where to Watch

1 hr 42 mins
Ray Peterson's life revolves around his family and washing the car on a Sunday. But this all changes when the Klopeks move in next door. They're never seen and worse still is the noise which comes from the basement. Will the Close ever be safe again?
45   Metascore
1989 PG Horror, Comedy, Other
Watchlist
Where to Watch

1 hr 36 mins
Los Angeles resident Barry Greenwood (Timothy Bottoms) is forced to close down his flailing family business as the office building that houses it is also slated to be demolished. The city is expanding its subway system, and construction work underneath their building has already begun. However, the construction disturbs part of the La Brea Tar Pits, where an urban legend tells of a man-monster submerged within the pits. Soon, Barry, his family, and former employees discover that the legend might be real, after all. Directed by Aaron Wolf.
2020 NR Horror, Suspense, Action & Adventure
Watchlist
Where to Watch