Animated mockumentary about an Antarctic penguin who travels to a tropical island to pursue his dream of becoming a champion surfer.

The X-Files: The Complete Collectors' Edition, a 61-disc package, arrives on DVD Nov. 6 at a retail price of $329.98.... Dexter celebrates Halloween on Oct. 28 with an episode where our "hero" seeks to avenge his mother's murder.... Surf's Up topped last week's DVD sales and rental charts, besting Evan Almighty and Fantastic Four 2, respectively.... ESPN alum Dan Patrick has inked a deal to write a weekly column for Sports Illustrated, says Variety.... Twentieth Century Fox TV has signed L.I.E. director Michael Cuesta to develop, produce and direct series for the studio. Cuesta was behind the passed-on CBS pilot Babylon Fields and is helming the Fox pilot The Oaks.

Ocean's Thirteen debuted to slightly lower numbers than parts Eleven and Twelve, yet still topped the weekend box office with a $37.1 million haul, unseating POTC 3 ($21.3 mil) from the No. 1 spot.Rounding out the top five were Knocked Up ($20 million), Happy Feet: The Funny Version Surf's Up (opening with $18 mil) and Shrek the Third ($15.75 mil). The week's other newbie, Hostel Part II (or as I like to call it, "Poor, Poor Heather Matarazzo") came in at No. 6 with $8.75 mil, less than half of the original's first-weekend take. Overall, the box office was down nine percent from a year ago, when Cars opened with $60 mil. 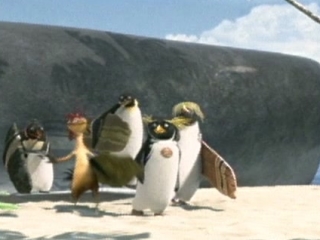 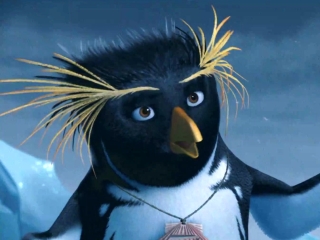 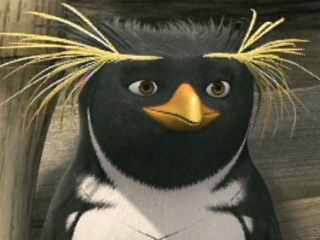 Surf's Up Scene: What Makes You A Winner? 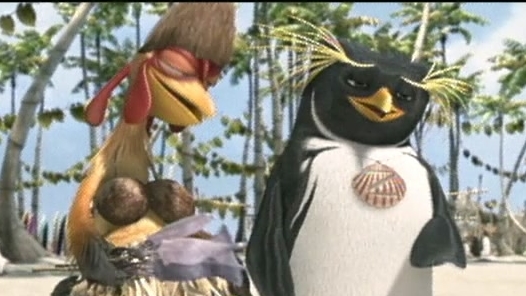 Surf's Up Scene: I'm In Love 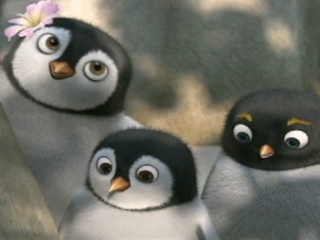