The loony showbiz gadfly (Martin Short, who co-wrote the script) is clueless in Toronto as he finds himself in the middle of a murder mystery at a film festival. The deliriously wacky whodunit features a host of celebrity cameos including Kurt Russell, Steve Martin and Whoopi Goldberg. Jan Hooks, Elizabeth Perkins, Janeane Garofalo, John Michael Higgins.

Jiminy Glick Is the Talk of Himself!

After spending much of his career as an obscure gossip columnist, Jiminy Glick burst on to the scene in 2000 making appearances on The Martin Short Show. He followed it up by hosting Comedy Central's Primetime Glick, where his unique style of interview and keen interest in banal minutiae brought audiences closer to their favorite stars. Now, he's the star, as&nbsp;Jiminy Glick in Lalawood gets its DVD release on Oct. 4. Recently TVGuide.com turned the tables on the rotund interviewer and put him in the hot seat.&nbsp; TVGuide.com: Jiminy Glick in Lalawood is framed as a movie within a faux David Lynch movie, a satire of such films as 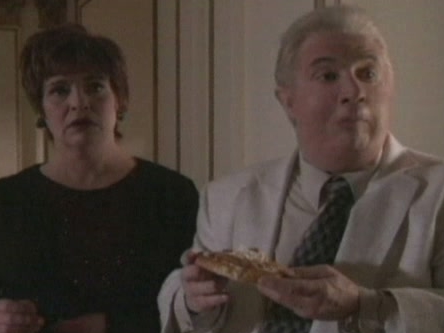