A tepid hockey player takes up tournament golf to raise cash for his grandmother, who is about to lose her house.

Can't we all just get along?

Richard Kiel, best known for playing the villain Jaws in two&nbsp;James Bond&nbsp;films, has died at age 74,&nbsp;The Associated Press&nbsp;reports. Kiel was a patient at Saint Agnes Medical Center in Fresno, Calif., and died there, but further details are unavailable.

Exclusive: Bob Barker Packs a Punch in Happy Gilmore Homage on Bold and the Beautiful

The price is wrong, bitch! Game show icon Bob Barker will spoof his classic fight scene from Happy Gilmore &mdash; the one where he beat the bejesus out of Adam Sandler &mdash; on the Thursday, Aug. 28 episode of CBS's The Bold and the Beautiful. The plot has bad boy Wyatt Spencer (Darin Brooks) foolishly mouthing off about Barker's pet cause &mdash; pets! Not only does TV Guide Magazine have an exclusive video preview of the resulting smackdown (below), we also spoke to the 90-year-old Barker to get all the deets.

Get ready to meet the Kerkoviches!Happy Gilmore's Christopher McDonald and Airplane!'s Julie Hagerty will guest-star on Happy Endings as Alex and Jane's parents, TVGuide.com has learned exclusively.The pair will appear in the sixth episode of the upcoming third season, in which Jane ...

Frances Bay, who played Adam Sandler's grandmother in Happy Gilmore, has died, the Los Angeles Times reports. She was 92. In Memoriam: See who else has died this year 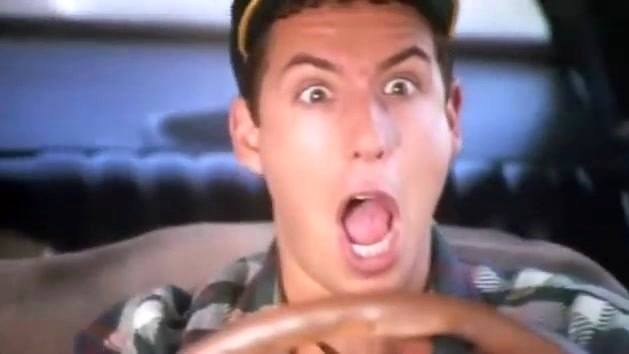 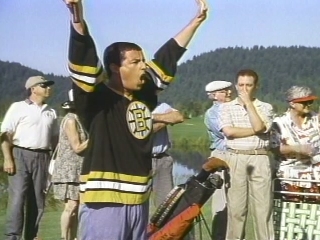 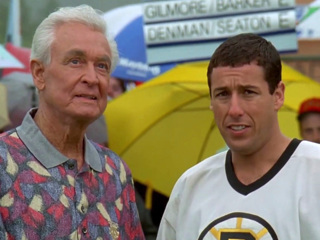