The parents of a 35-year-old who won't leave the nest hire a woman to lure him out of the house in this romantic comedy. 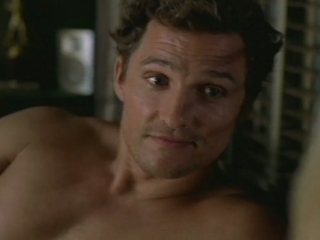 Maybe V really stood for vulnerable. This week at the box office, Spike Lee's Denzel Washington thriller, Inside Man, took in $29 million and bumped Natalie Portman's action flick V for Vendetta to second place (with a take of $12.3 million). Personally, I find Frankie Muniz kinda scary as it is, and apparently, combined with an actual fear feature, so do moviegoers: The Malcolm in the Middle star's chiller, Stay Alive, opened in third with $11.3 million. Rounding out the top five are Failure to Launch, in fourth with $10.8 million, and The Shaggy Dog, in fifth with $9.1 million.

The allure of Natalie Portman's shaved head fueled V for Vendetta to an opening-weekend box-office title, as the futuristic tale earned $26.1 million. Rounding out the top five were Failure to Launch (with $15.8 million), The Shaggy Dog ($13.6 mil), Amanda Bynes' She's the Man (debuting with $11 mil) and The Hills Have Eyes ($8.1 mil).

Free Ride Apparently this whole grown-kid-living-at-home-and-mooching-off-parents thing is not a new concept, seeing as how that movie Failure to Launch was number one at the box offices this weekend.&nbsp;Well, at least Nate is just fresh out of college while Matthew McConaughey's character is like 35 or something.&nbsp;So for the 19 people out there who were not watching The Sopranos or Desperate Housewives and actually tuned in to what Fox claims is the funniest new comedy on TV, I hope you enjoyed this show as much as I did. Watching Nate's dad go ballistic when he found out Nate's car "just stopped" because he

2 hr 24 mins
In the late eighteenth century, the Kingdom of Dahomey, armed with wealth, political influence, and a ruthless army, flourished as one of Africa's most powerful states. Yet as greedy European merchants encroached upon Africa, seeking riches at the brutal, heartless expense of its people, fierce warrior Nanisca (Viola Davis) inspires her king, Ghezo (John Boyega), to stand against the Europeans to uphold the freedom of their people. Gina Prince-Bythewood directs the historical epic inspired by true events. Co-starring Lashana Lynch, Hero Fiennes Tiffin, and Thuso Mbedu.
76   Metascore
2022 PG13 Drama, Other
Watchlist
Where to Watch

2 hr 4 mins
When his life plummets to rock bottom due to his self-destructive tendencies, Stuart Long (Mark Wahlberg) seeks a new path before the inevitable consumes him. After making a name for himself in the boxing ring as a determined fighter, Long then finds himself turning to a life of religion, eventually earning his priesthood on a quest to uplift others in faith and redemption. Rosalind Ross writes and directs the drama based on true events co-starring Mel Gibson and Jacki Weaver.
40   Metascore
2022 R Drama, Other
Watchlist
Where to Watch

2 hr 0 mins
When an 18-year-old boy is contacted by his birth mother, he accepts her invitation to meet. Thinking that she will be hated, the mother lives in fear of meeting him. David is grateful for the life that she has given him and only feels gratitude toward his birth mother. This true story follows David's journey and the emotional ups and downs that come with meeting his birth mother. Directed by Kevin Peeples.
2022 PG13 Drama, Family, Other
Watchlist
Where to Watch

1 hr 59 mins
After learning some shocking news about their families, Hardin (Hero Fiennes Tiffin) and Tessa (Josephine Langford) find out that they are not so different from each other. The couple must deal with these changes, as they affect their personalities and relationship. As they enter a crossroads to the next stage of their life, Hardin and Tessa must decide if they can be together. This sequel to "After We Fell" is also based on the novel written by Anna Todd. Directed by Castille Landon.
2022 R Drama, Other
Watchlist
Where to Watch

1 hr 10 mins
In this comedy, an amnesiac takes off with a young woman. This causes the woman's father to hire a detective to find them. Real mayhem ensues when a nightclub owner/gangster gets involved.
1936 NR Drama
Watchlist
Where to Watch