A woman is framed for the murder of her husband in this riveting thriller. While in prison, she discovers her husband's alive. Knowing that she can't be tried for the same crime twice, she vows to find him upon her release from jail.

Ashley Judd appears to be inching closer to a run for office. After reports first surfaced in December that the Double Jeopardy actress was mulling a run for Senate in her home state of Kentucky, Kentucky Congressman John Yarmuth confirmed she is seriously considering a move into politics. "I think she's very interested in becoming a...

How Missing Follows The 5 Rules of All Ashley Judd Thrillers

Ashley Judd has returned to her butt-kicking ways, but this time she's going to do it every week on TV. When ABC's new drama Missing premieres Thursday (8/7c), viewers will encounter the actress in a role that will seem familiar to fans of her big-screen thrillers, including Kiss the Girls, Double Jeopardy, High Crimes and Twisted. In a sense, they helped pave the way for Judd to play Missing's Becca Winstone, a florist and former CIA agent whose teenage son Michael (Nick Eversman) goes missing in Italy. (OK, so it also borrows a lot from Liam Neeson's Taken.) 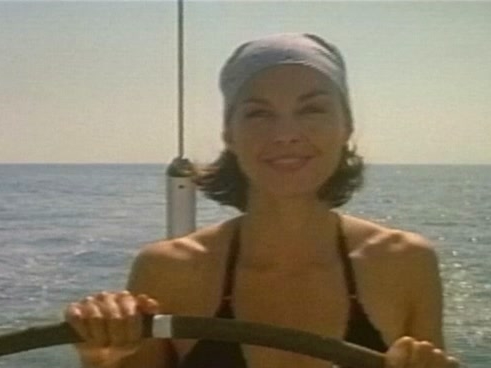