Sizzling dance scenes spice up this pleasing follow-up to the 1987 blockbuster "Dirty Dancing." In 1958 Cuba, an American teen (Romola Garai) has the time of her life when she meets a hot dancer (Diego Luna). As he teaches her the Cuban style, the two grow closer and decide to enter a contest. Patrick Swayze, star of the original film, has a cameo. Sela Ward.

What's New to Stream on Amazon Prime Video in June

Get your Knives Out this summer

Dirty Dancing Remake in the Works: Good Idea or Does It Deserve to Be Put in a Corner?

Ready to have the time of your life again?Kenny Ortega, who choreographed Dirty Dancing, has signed on to direct a remake of the 1987 classic, according to The Hollywood Reporter."The opportunity to direct Dirty Dancing is like returning home for me," Ortega said. "Growing up in the '60s on the dance floor helped define me as a person and as an artist. I am looking forward ...

After wrapping her stint as a modern mom on ABC's Once and Again, Sela Ward traveled back in time to the 1950s in Dirty Dancing: Havana Nights. She plays lead girl Ramolo Garai's mother, who's a frustrated former ballroom dancer. While filming in Puerto Rico, Ward was thrilled to strap on sexy heels and show off her moves on the dance floor, albeit very briefly. "Damn it, I practiced for two solid weeks and there was only 30 seconds [on screen]," Ward laments to TV Guide Online. "I was so proud of all that dancing. That's the hardest work I've ever done, physically." Is she kidding? This 47-year-old's killer body must require serious work! "I'm [usually] doing boring things like the treadmill, the weights and resistance training," she explains. "[While dancing,] I had sweat pouring off of me in rehearsal. It was g

Like many pop starlets, Mya &#8212; best known for "My Love Is Like... Wo" &#8212; wants to be a movie star. She sang "Lady Marmalade" in the musical spectacle Moulin Rouge! and had a brief cameo as a merry murderess in Chicago. Currently, the sultry singer croons in Dirty Dancing: Havana Nights, in which she appears as a nightclub performer. "This is actually the first time I'm appearing in the movie and on the soundtrack," Mya tells TV Guide Online. "[My song] is a significant moment in the movie." Despite her brief &#8212; blink and you missed it! &#8212; screen appearance, she was still thrilled to do it. No doubt part of her joy was shooting in Havana's lush location. "I got to go to Puerto Rico and have fun," the 24-year-old says. "It was a little bit of work and vacation."

Mexican actor Diego Luna &#8212; who gained indie film fame in Y Tu Mama Tambien &#8212; was all set to be this generation's Patrick Swayze. The 24-year-old hottie was sure he could play a mysterious Cuban who woos a young American girl and teaches her Latin rhythm in Dirty Dancing: Havana Nights. Just one small problem: He had two left feet! "I didn't know how to dance at all," Luna admits to TV Guide Online. "I was really bad at dancing." Jokingly, he adds: "We Mexicans, we know how to drink. We know how to sing. But you try on a mariachi outfit and try to move, and you'll see how stiff the mariachi outfit is! "And Cubans, they all dance beautifully," he continues. "It is amazing how good they are, because when they are, like, 4 years old, they are dancing." Thank 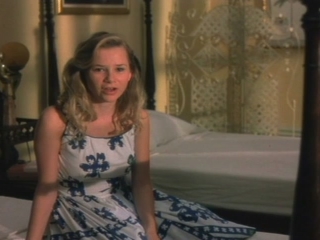