A throwback to the horror films of the '70s, this chiller follows a group of university friends who are threatened by a flesh-eating disease in the woods.

Dude, The Big Lebowski Is Leaving Netflix Next Month

Plus, Girl Meets World, Queer as Folk and more!

At the Movies: Cannes Has Thirteen's Number

Per Variety, Ocean's Thirteen will make its international premiere at this year's Cannes Film Festival.... Don Cheadle will produce, star in and make his feature-directing debut with a Miles Davis biopic.... Per the Hollywood Reporter &#151; as Kristen Bell shared with TVGuide.com two weeks ago &#151; the Veronica Mars star will topline Forgetting Sarah Marshall, a "romantic disaster movie" penned by and costarring How I Met Your Mother's Jason Segel.... Daniel Craig is in talks to join Julianne Moore in Blindness, based on Jose Saramago's acclaimed novel.... Rider Strong will reprise his role of Paul in Cabin Fever 2: Spring Fever. 30 Rock's Judah Friedlander is also on board. 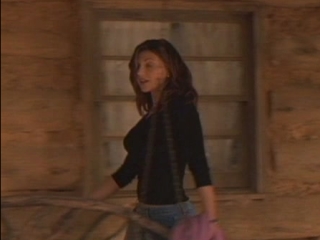