Tucker and Dale vs. Evil

Stranger Things Star Does Weezer on Lip Sync Battle, Is Too Young to Remember When Weezer Was Good

In an ultimate, meta-geektastic TV homage, Weezer is coming to Pinkerton! Rivers Cuomo and the rest of the hit band are guest-starring in Monday's episode of The Hard Times of RJ Berger. In order to impress Amy (Caitlyn Crosby), RJ (Paul Iacono) ventures to the wrong side of the tracks to...

Jorge Garcia, last seen as Hurley, The Island's new leader on the final season of Lost, has another claim to fame as Weezer poster boy. Some of Lost's final mysteries, solved "I'm excited to know that people in the music stores I used to work will soon be opening boxes full of...

Even if you're not a fan of Weezer, this is still a video you have to see. Just ask the three million plus people who've viewed it since it was posted on the web late last week. In the video for the bands new single "Pork and Beans," you'll see many familiar faces, including dramatic chipmunk, Miss South Carolina and Chris Croker, sprinkled throughout the video. Even K-Fed earned a cameo! Talk about a brilliant promotional campaign. 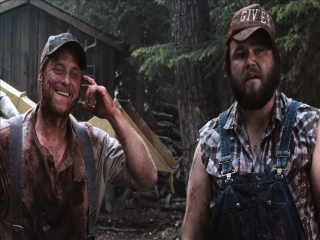 Tucker And Dale Vs. Evil 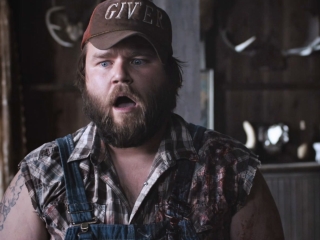