Hart of Dixie: Who Should Zoe Choose?

Hart of Dixie's season-long love triangle, well hexagon, finally came to a head at the end of Season 1, leaving the town doctor Zoe Hart (Rachel Bilson) with a major decision to make: Should she be with boy-next-door George (Scott Porter) or bad boy Wade (Wilson Bethel)? Olympic gymnast McKayla Maroney to guest-star on Hart of Dixie

Deschanel, Hannigan and Others Cop a Feel for a Cause

You don't have to feel guilty about watching Alyson Hannigan pawing Emily Deschanel's boobs &mdash; it's for a good cause. The actresses joined Jaime King, Minka Kelly and Katharine McPhee in a video slumber party featured on FunnyorDie.com to promote regular breast cancer screenings for the organization Stand Up 2 Cancer. Check out "The Booby Scare" video for yourself... 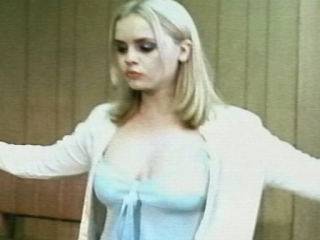