Food Network star Adam Gertler is jumping to rival cable network Destination America, where he's been named host of the new food reality contest Last Call Food Brawl. In the show, which Destination America will announce Thursday, Gertler will travel to different American cities and challenge four chefs (working at a range of eateries from 24-hour diners to high-end establishments) to compete in a cook off to find "the king of the late night bites." Dishes that might pop up include deep fried bacon chili cheeseburger rolls and peanut butter s'more fresh toast balls. Winner receives the "Golden Fry Basket." 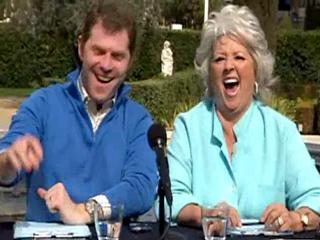