A pioneering reality series following young strangers who live together in various locales. A new cast is featured each season, with interactions among the diverse roommates heavy on ego, ambitions, anxieties and, of course, sex. What's stressed are dynamic personalities—and personality clashes—and its 'confessional' interviews became a template for countless reality imitators. 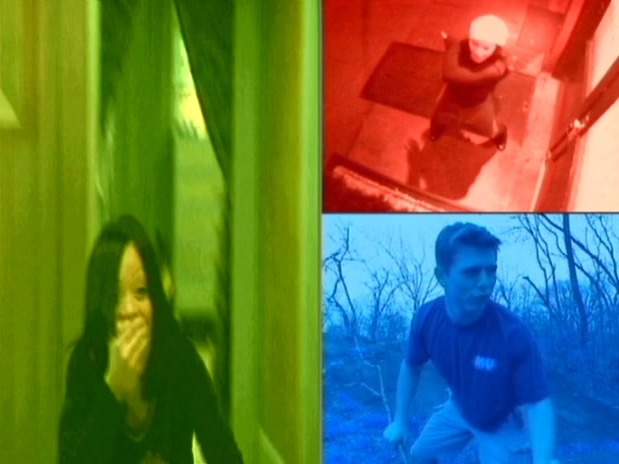 The landmark season is dirtier than ever

VIDEO: Watch the Original Cast of The Real World Reunite on OWN

Back before&nbsp;Big Brother,&nbsp;Jersey Shore, and [insert popular current reality show title here], there was MTV's&nbsp;The Real World, a reality show that put seven strangers in one house and captured the ensuing drama on camera for the world to see.

Something that has rarely happened on MTV's The Real World in its 29 seasons goes down on this Wednesday's episode (10/9c) when one of the housemates abruptly walks out. The exit of housemate Ashley Mitchell has nothing to do with this season's 'Ex-plosion' game-changing&nbsp;twist&nbsp;that finds&nbsp;the roommates reunited with ex-loves. Rather, explains executive producer Jim Johnston, Mitchell had a hard time staying away from her current beau, who was living just blocks away from the Real World house in San Francisco.&nbsp;

Scott Wolf&nbsp;and his wife Kelley are becoming a&nbsp;Party of Five! "Having a daughter in May," Wolf&nbsp;tweeted&nbsp;on Wednesday. "She will own me. I'm already mad at the boys. No words could express how full our hearts are. Luckiest guy I know."

The Real World You Never Saw

6 Seasons
The cast of Jersey Shore vow to vacation together. Five years, five kids and three marriages on, the gang gathers to vacation in a swanky Miami house.
2018 TV14 Reality, Other
Watchlist
Where to Watch

38 Seasons
MTV reality stars compete for cash and prizes in a series of intense challenges set in exotic locations around the globe.
1998 TV14 Reality, Game Show, Action & Adventure, Other
Watchlist
Where to Watch

9 Seasons
Young mums are followed in this spin-off of "Teen Mom."
2009 TVPG Documentary, Reality, Family, Other
Watchlist
Where to Watch

3 Seasons
From Ozzie & Harriet to Ozzy Osbourne in a mere four decades: This was the path that was beaten to the MTV "reality sitcom" The Osbournes. Per its title, the weekly half-hour series offered tantalizing glimpses within the Beverly Hills mansion occupied by tattoo-festooned rock star Ozzy Osbourne, his wife Sharon, and his teenaged kids Jack and Kelly. Although viewers were not treated to any scenes in which Ozzy chowed down on bats, there was an abundance of perverse delights: Ozzy profanely complaining that his new TV remote didn't work right, the kids bemoaning the "cluelessness" of their parents (so what's unusual about that?), and, best of all, Sharon complaining that the Osbournes' new next-door neighbors were nowhere near as polite or quiet as their previous neighbors, the Pat Boone family. Definitely one of a kind, The Osbournes began its 13-episode run on March 5, 2002.
2002 TVPG Reality, Music
Watchlist
Where to Watch

28 Seasons
Rob Dyrdek breaks down some of the most outrageous viral videos found on the Web.
2011 TV14 Reality, Comedy, Other
Watchlist
Where to Watch

The Real Friends of WeHo

1 Season
Six gay friends live, love, and pursue their passions in West Hollywood.
2023 TV14 Reality, Other
Watchlist
Where to Watch