A boy's adventures in a magic land called Fantasia. Based on the 1984 feature film, and the children's book by Michael Ende. 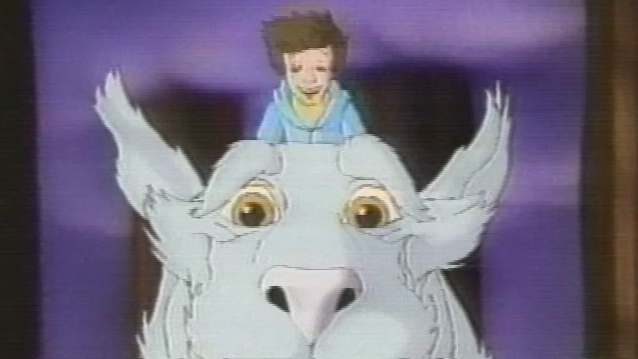 8 Seasons
An adaptation of author George R.R. Martin's "A Song of Ice and Fire" medieval fantasies about power struggles among the Seven Kingdoms of Westeros. In a world divided into four large continents, kingdoms try to seize control over the largest landmass of Westeros that starts at the very cold north pole and stretches down to a mixed terrain that ends at a desert-like south. The land Beyond the Wall and the Seven Kingdoms politically demarcate it, and they all fight for dominion.
86   Metascore
2011 TVMA Drama, Fantasy, Action & Adventure, Other
Watchlist
Where to Watch

7 Seasons
An adaptation of Charlaine Harris' Southern Vampire novels focusing on the human and vampire residents in a small Louisiana town, though in multiple seasons their world has expanded to include shape-shifters, werewolves, fairies, telepaths, witches and other supernatural beings, whose stories, in some cases, have been thousands of years in the making.
69   Metascore
2008 TVMA Drama, Fantasy, Suspense, Other
Watchlist
Where to Watch

3 Seasons
An adaptation of Philip Pullman's acclaimed trilogy that follows a seemingly ordinary but brave young woman from another world whose search for a kidnapped friend uncovers a sinister plot involving stolen children and becomes a quest to understand a mysterious phenomenon called Dust.
71   Metascore
2019 TV14 Drama, Fantasy, Action & Adventure, Other
Watchlist
Where to Watch

House of the Dragon

1 Season
Based on George R.R. Martin’s “Fire & Blood,” the series, set 200 years before the events of “Game of Thrones,” tells the story of House Targaryen.
69   Metascore
2022 TVMA Drama, Fantasy, Action & Adventure, Other
Watchlist
Where to Watch

5 Seasons
HBO's first original live-action children's series, Fraggle Rock debuted January 10, 1983, under the watchful eye and nimble fingers of Muppetmeister Jim Henson and his team of puppet manipulators. The action took place outside the home of an avuncular inventor named Doc. Unbeknownst to anyone but Doc's dog Sprocket, a tiny civilization lived beneath the huge rock outside Doc's house. This was Fraggle Rock, home of the fun-loving Fraggles, the hardworking Doozers and the dictatorial Gorgs. Eighteen inches tall and bearing furry tails, the colorful Fraggles wanted nothing more out of life than to eat radishes and enjoy themselves. The 6 inch tall Doozers were the "worker ants" of this community, constantly building towers. Ma, Pa and Junior Gorg were obese, overbearing monstrosities who ruled Fraggle Rock from their gloomy, Gothic castle. (Or at least thought they did!) Outside of Sprocket, who every so often accidentally tumbled into the tunnel that led to Fraggle Rock, the only liason between the Fraggles, Doozers, and Gorgs and the outside world -- or "Outer Space," as they called it -- was the resourceful Travelling Matt, leader of the Fraggles. Leaving his nephew Gobo in charge, Travelling Matt made several forays into the big world, sending back postcards describing the awesome wonders that he'd witnessed (commonplace to us, fascinating and overwhelming to him). A typical Muppetized blend of zany comedy and prosocial proselytizing, the 96-episode Fraggle Rock was seen in first-run on HBO for five seasons. Beginning in 1986, the series was rebroadcast on the TBS cable superstation; and in 1987, an animated version of Fraggle Rock premiered, also on HBO.
1983 TVG Fantasy, Comedy, Action & Adventure, Other
Watchlist
Where to Watch