The daughter of an assassinated Zionist arms dealer seeks to legitimize the family business while righting the wrongs done to them in the past.

Maggie Gyllenhaal knows a thing or seven about taking on audacious roles. Since she broke out as James Spader's submissive assistant in the 2002 film Secretary, she's played heroines in major blockbusters (The Dark Knight) and heroin addicts in indie sleepers (Sherrybaby). The Oscar nominee has also shunned the typical Hollywood-celebrity scene, instead living a quiet life in Brooklyn with her husband, actor Peter Sarsgaard, and their two daughters. For her series-television debut, she's chosen The Honorable Woman, an eight-episode SundanceTV drama about the very real, very violent, and very current troubles between Israel and Palestine.

If SundanceTV's The Honorable Woman were any timelier in its geopolitical drama, most specifically of the Israeli-Palestinian variety, it would bleed newsprint. But it's the emotional intricacies of this rewardingly complex and brilliantly acted eight-part miniseries (Thursdays, 10/9c) that resonate timelessly, grounded by Maggie Gyllenhaal's impassioned, extraordinary performance as the title character, idealistic Anglo-Israeli philanthropist and newly appointed Baroness Nessa Stein. Gyllenhaal brings layers upon layers of crisp elegance, prideful steel, profound sorrow and ultimately an aching vulnerability to Nessa. We share her angry despair as her lofty goals &mdash; most notably, wiring the West Bank in a lucrative but controversial contract for high-speed Internet as part of her family foundation's crusade for reconciliation &mdash; are steadily shattered by shady compromises and sinister secrets stemming from her mysterious abduction in Gaza eight years earlier.

Philanthropist and new minted member of the British House of Lords Nessa Stein (Maggie Gyllenhaal) has a lot of secrets in SundanceTV's new eight episode spy thriller The Honorable Woman (premiering Thursday, Jul. 31, 10/9c). The least of those may be sneaking out of her own house for a tear-drenched meet-up with her brother's taciturn housekeeper, Atika (Lubna Azabal), in this exclusive clip from the first episode. Or not.&nbsp; 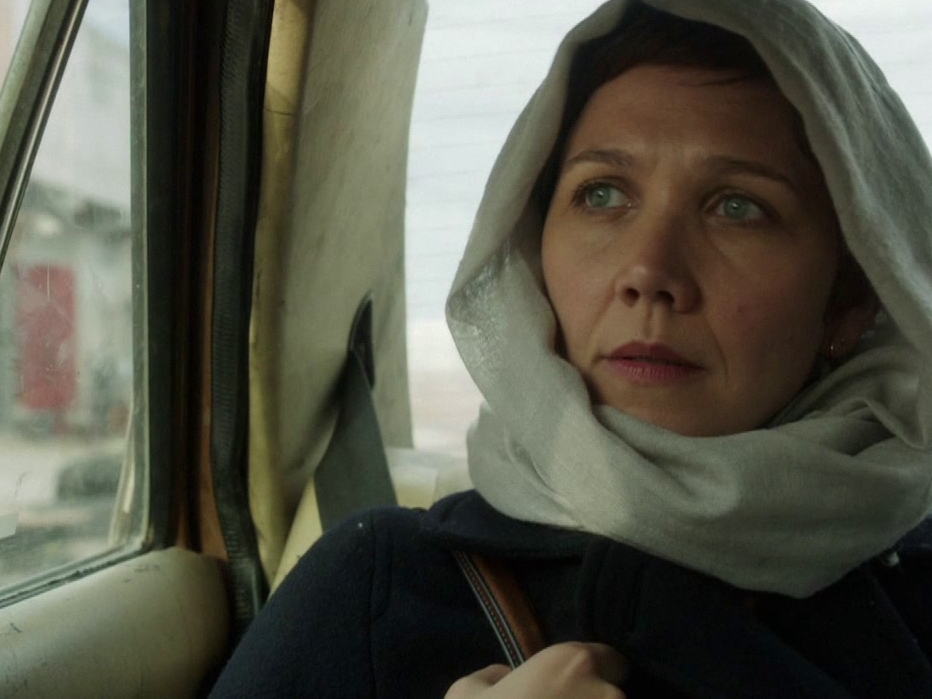