Unique performers demonstrate their artistry in front of Hollywood judges in this update of the kitschy '70s talent show, which features the worst performances being cut short by bangs on the titular gong.

Could "Gene Gene the Dancing Machine" be waiting in the wings? The Gong Show is making a return to Comedy Central in July.Dave Attell, star of the network's Insomniac series, will host the offbeat talent show. "Stars will be made. Feelings will be hurt," he said.Win Ben Stein's Money producer Andrew Golder is producing the show along with Adam Sandler's Happy Madison Productions. &#151; J.R. Whalen

South Park's Wednesday-night Season 10 premiere, featuring the horrific demise of Chef, drew 3.5 million total viewers, making it the series' highest-rated season debut since 2002.... Per the New York Post, Gong Show creator and Confessions of a Dangerous Mind author Chuck Barris is shopping around a book about a reality series in which a contestant can either win $100 million — or be executed. Cool.... Shakira will launch her world tour, running from June until the end of the year,&nbsp;in Spain. As for dates and venues, I'm guessing whenever, wherever. 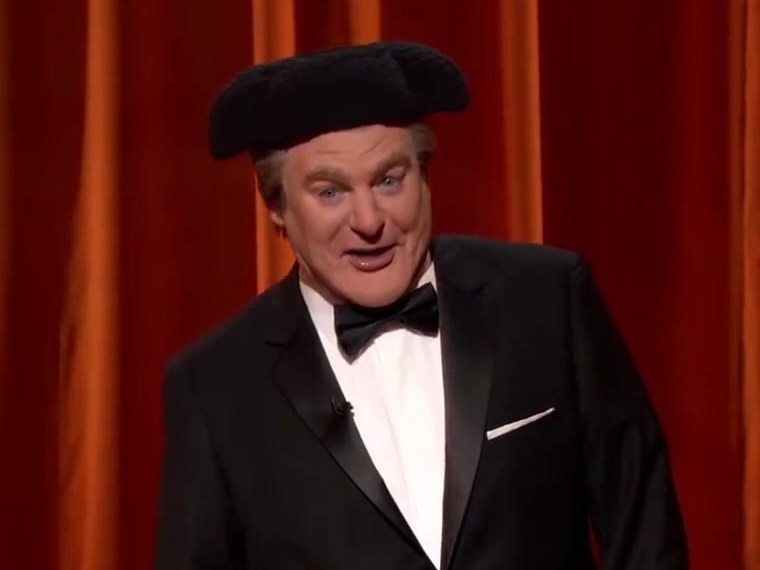