The weight-loss efforts of a nearly 500-pound woman from Savannah are chronicled. 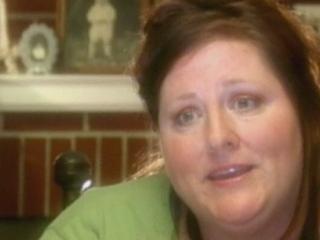 Winter Olympics7/6c NBC&nbsp; Tonight is the freestyle skiing's men's moguls final, with the Canadians very strong, but Patrick Deneen (U.S.), is world champ. "I think people ski better on their home turf," says Deneen, "but it may be where judges give you the most love." Heading indoors, there's also coverage of the pairs short program this evening. Highlights of afternoon events include two sports in which the U.S. has never medaled, but has high hopes this year: biathlon, with World Cup contender Tim Burke, and Nordic combined, with World Champions Bill Demong and Todd Lodwick (2009), and Johnny Spillane (2003).Read on for previews of The Amazing Race, Ruby, Cleveland Show and How to Make It in America.

9 Seasons
On this cable TV series, a team of professional "purgers" descended upon various private homes, helping the owners divest themselves of unnecessary junk and bring order and cleanliness to whatever was left over. Each episode was prompted by the viewers, who were invited to submit requests that their houses be given a good going-over; and each program ended with a giant yard sale. Host by Niecy Nash, Clean House debuted September 3, 2003.
2003 TVPG Reality, Other
Watchlist
Where to Watch

6 Seasons
Reality show based around the lives of six New Jersey stylists.
2010 TVPG Reality
Watchlist
Where to Watch

This Is Mike Stud

1 Season
Mike Stud, a former All-American baseball player turned hip-hop artist, goes on a nationwide tour with a loyal pack of friends and navigates life on the road as he tries to become a superstar.
2016 TV14 Reality, Music, Other
Watchlist
Where to Watch

My Friends Call Me Johnny