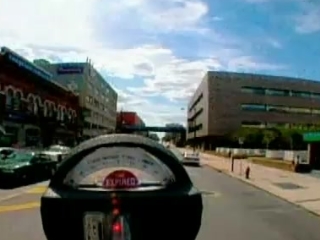 Life Unexpected9:01/8:01c CW In this crossover episode with One Tree Hill, Haley James Scott (Bethany Joy Galeotti) and Mia Catalano (Kate Voegele) are among the headliners at a Portland music festival. Cate meets Haley at this event, and the two women bond over when they discover many similarities in their pasts. Meanwhile, Ryan's busy hosting the gig, which also features Ben Lee, Rain Perry and Sarah McLachlan, who performs her single "Forgiveness." &mdash; Jennifer SankowskiRead on for previews of Dancing with the Stars, Nick Swardson's Pretend Time, The Good Wife, Teen Mom, Detroit 1-8-7 and Parking Wars.

The Good Wife10/9c CBS The Julianna Margulies drama is off to a good start, attracting more than 13 million viewers each of its first two weeks and easily winning its time period. Tonight's case promises to be the most emotionally charged trial Alicia has yet handled. The reason? She returns to her old neighborhood to defend a former friend's teenage son, who is charged with a murder he claims he didn't commit.Read on for previews of Dancing with the Stars, Hell's Kitchen, Parking Wars and Kings Ransom.

1 Season
A series following the actress as she embarks on a weight-loss program and raises her two teens.
2010 TVPG Reality
Watchlist
Where to Watch

4 Seasons
Following a family of feral-hog hunters in Texas as they protect residents and property from the destruction caused by the hogs.
56   Metascore
2011 TVPG Reality
Watchlist
Where to Watch

8 Seasons
A&E's Dog the Bounty Hunter adopted a fascinating docudrama approach for a weekly reality series centered around real-life bounty hunter Duane "Dog" Chapman. Headquartered in the Hawaiian Islands, the series followed Dog and his family (or, as they were known professionally, the staff of Da Kine Bail Bonds) as they relentlessly tracked down fugitives and other missing persons for a price. Although Chapman was tough as nails and grimly uncompromising on the job, he was also shown to be a warm and loving family man, fiercely protective of his wife, his daughter, and his two sons, and ever concerned for their wellbeing. Even so, the other Chapmans proved to be worthy of their heritage, fulfilling their assignments with swift, almost intimidating professionalism. Also seen from time to time were fellow bounty hunters Justin Bihag and Beth Smith; and, for a change of pace, the Dog team was shown on location jaunts to such stateside locales as Denver and L.A. Originating as a segment of the A&E series Take This Job..., and equipped with a theme song performed by no less than Ozzy Osbourne, Dog the Bounty Hunter made its series debut on August 31, 2004.
2004 TVPG Reality, Action & Adventure, Other
Watchlist
Where to Watch

2 Seasons
With a record number of Americans trading city life for homes in the suburbs, relationships between neighbors are being put to the test. "Neighborhood Wars" takes viewers into the homes and backyards of neighbors across the country with some of the most unexpected and emotionally charged events caught on camera.
2021 TV14 Reality, Other
Watchlist
Where to Watch