Tony Stark, an engineering genius is captured in Afghanistan while demonstrating a new missile. His captors want him to create a missile for them. The story takes a turn when instead of creating a missile, he creates an armored suit to escape. 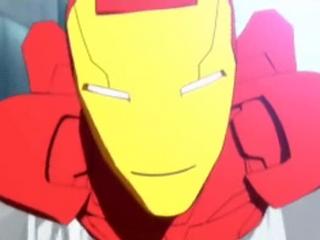 Iron Man: Armored Adventures7 pm/ET NicktoonsThis new cartoon based on the Marvel Comics superhero focuses on the adolescent years of Tony Stark. It tweaks some details of Iron Man's history by having Tony create his famous suit of armor and become Iron Man as a teenager, not as an adult. In the first two episodes, which air back-to-back tonight, Tony faces a personal tragedy and transforms into Iron Man for the first time. While trying to unravel some mysteries, he quickly learns there is corruption he needs to battle &mdash; as only Iron Man can.Read on for previews of Prison Break, Ghost Whisperer, Hatching Pete and Numbers.

27 Seasons
A group of teenagers are trained to transform into mighty superheroes called the Power Rangers and entrusted with the task of defeating evil forces that threaten earth and all mankind.
2019 TVY7 Fantasy, Action & Adventure, Other
Watchlist
Where to Watch

1 Season
Felicity uses her magical powers on adventures with her best friends.
2019 TVY7 Fantasy, Comedy, Action & Adventure, Kids, Other
Watchlist
Where to Watch