A vampire, a werewolf and a ghost share a townhouse in Boston, where they try to live like humans in this re-imagining of the BBC series. 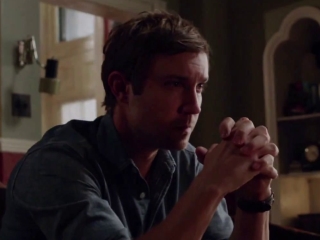 Being Human, the saga of supernatural roommates who just want to be ordinary folks, loses its lease Monday after four seasons on Syfy (which adapted the British hit of the same name). Sam Witwer, who plays Aidan, the hunky and tortured vampire who bunks in a Boston townhouse with werewolves Josh (Sam Huntington) and Nora (Kristen Hager), and Sally (Meaghan Rath), the ghost he finally realizes he loves, tells TV Guide Magazine about the finale, and reveals why the show will stop chomping on our hearts.

Being Human has been canceled after four seasons, Syfy announced Tuesday. "Showrunner Anna Fricke and the talented producers, writers, cast and crew have...

BBC Cancels the Original Being Human

BBC has canceled Being Human, the network announced Thursday.

No one is ever truly gone in the world of Supernatural, and this rule seems to apply to showrunners as well. Sera Gamble, who's served as co-showrunner with Robert Singer for the past two seasons of The CW drama, will be stepping down at the end of the season, making way for Being Human's Jeremy Carver, TVGuide.com has confirmed. Deadline first reported the news. 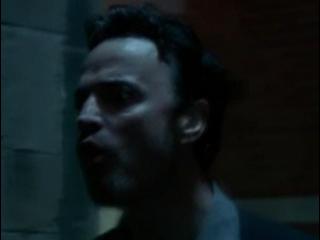 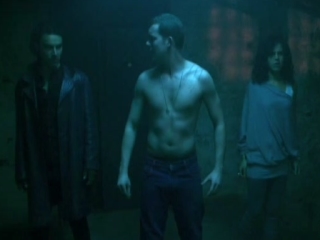 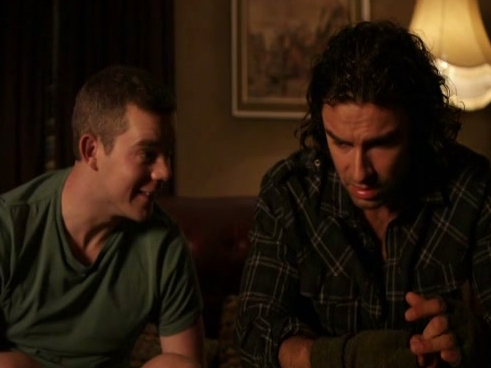 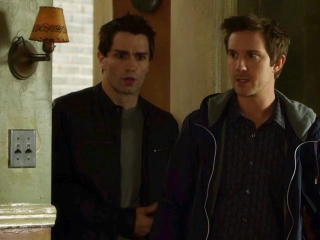 4 Seasons
In the distant future, intelligent robots known as Cylons were created to serve as slaves to the people of the Twelve Colonies on the planet Caprica and to fight humanity's wars. Later, the Cylons would become sentient, rebelling against their mortal masters. As a result of the Cylon rebellion, man and machine engaged in a bloody war that would eventually end in stalemate, after which a treaty was signed. The Cylons subsequently withdrew into a remote region of deep space, and for the next 40 years, a tense, silent treaty existed between the Cylons and the Twelve Colonies. Over the course of the next four decades, humanity would deploy an envoy to the neutral Armistice Station to meet with a Cylon envoy on each anniversary of the treaty's signing. Though no Cylon envoy would show for the first 39 years, something terrible happened on the 40th anniversary: immediately after a beautiful Cylon in human form appeared on the Armistice Station, the neutral zone was vaporized and a devastating nuclear attack was launched on Caprica and the Twelve Colonies. As a result of the attack, the entire human race was nearly destroyed, and only those who were lucky enough to be aboard starships at the time were spared. Led by the Colonial warship the battlestar Galactica and its commanding officer William Adama (Edward James Olmos), those survivors fled into deep space. But the Galactica was set to be commissioned at the time of the attack, and is hardly an ideal vessel to harbor humanity's last hope. With only 50,000 humans left, the only hope for humankind is to locate the mythical "13th Colony" known as Earth before they fall prey to the Cylons.
89   Metascore
2005 TV14 Drama, Fantasy, Action & Adventure, Science Fiction
Watchlist
Where to Watch

2 Seasons
An idyllic American town is thrown into chaos after a vintage 'Good Guy' doll turns up at a suburban yard sale. Soon, everyone must grapple with a series of horrifying murders that begin to expose the town's deep hypocrisies and hidden secrets.
70   Metascore
2021 TVMA Drama, Horror, Other
Watchlist
Where to Watch

1 Season
Imagine a world populated by beautiful, fit and vain vampires. Reginald Andres tumbles headlong into it as an unlikely hero who will have to navigate every kind of obstacle – the girl he loves but can't be with, a bully manager at work and the vampire chieftain who wants him dead. Fortunately, Reginald discovers he has a few unrecognized powers of his own.
2022 TV14 Drama, Fantasy, Action & Adventure, Other
Watchlist
Where to Watch