What You Need to Know Before American Horror Story: Hotel Premieres

Find out who's who (and who's doomed)

American Horror Story: Hotel finally premieres on Wednesday after months of anticipation. And with such a large cast and so many bizarre teasers, we understand if you're slightly confused as to what exactly you can expect on the FX drama.

So before checking in to the Hotel Cortez, check out our primer on Hotel below.

Who will star:
Lady Gaga as The Countess, the Hotel Cortez's owner
Kathy Bates as Iris, the hotel's manager
Matt Bomer as Donovan, The Countess' lover and Iris' son
Sarah Paulson as Sally, one of the hotel's resident junkies
Angela Bassett as Ramona Royale, an actress and former lover of The Countess
Wes Bentley as John Lowe, a detective investigating the 10 Commandments Killer
Chloe Sevigny as Alex Lowe, John's wife
Finn Wittrock as Tristan Duffy, a male model
Denis O'Hare as Liz Taylor, a hotel employee
Max Greenfield as Gabriel, a Hollywood junkie
Cheyenne Jackson as Will Drake, a fashion icon
Evan Peters as James March, the Hotel Cortez's original builder
Naomi Campbell as a Vogue editor who insults The Countess
Lily Rabe as Aileen Wuornos, the famed serial killer
Mare Winningham as Ms. Evers, the hotel's laundress
Darren Criss as a hipster
Madchen Amick as a mother whose sick son receives treatment from Alex

How it's connected to previous seasons:
Murder House's real estate agent Marcy (Christine Estabrook) will return in Hotel's premiere when she gives Will Drake a tour of the Cortez. But she won't be the only familiar face returning. According to creator Ryan Murphy, fans will see people from previous seasons checking into the hotel as well.

What you can expect:
It's going to be bloody: Thanks to an ancient blood virus, The Countess and those in her adopted family crave the taste of human blood. But since she lacks vampiric fangs, The Countess uses a deadly tipped glove to slit her victim's throats before they even know what's happening.

She also puts a whole new spin on the phrase "bloodlust" when she and Donovan pick up a couple only to murder them mid-foursome. So if you've ever wanted to see Lady Gaga screw a dead guy while wearing nothing but pasties and a thong, you definitely won't want to miss the premiere.

It feels like a real horror movie: Not since Murder House has American Horror Story felt so closely aligned to actual horror. The first half of the premiere plays out like a movie, as we follow two Swedish girls whose stay at the Cortez quickly goes from bad to worse to deadly. And while AHS will always be loved for its campiness, it's fun to see this extravagance balanced with classic horror tropes.

The mattress imagery will be explained right away: No, it has nothing to do with The Godfather. Or You've Got Mail for that matter. But all the mattress-focused teasers will be explained quickly. And once you find out just how true to the show this promo is, you'll probably think twice about staying in a hotel again.

There's more than one villain: There are so many evil forces haunting the halls of the Cortez that it can be hard to keep track. But there's one that is by far more frightening than all the rest: The Addiction Demon. If Rubber Man had a baby with the Infantata, and that baby had a conical drill bit for a penis, then that would be theHotel's new monster, which preys on those suffering from addiction.

On the less supernatural side of things, there is also the 10 Commandments Killer, whose Bible-inspired murders are particularly gruesome (think: penis glued inside a dead girl, eyeballs in an ashtray). John Lowe is first lured to the Cortez by a call from the killer, who seems particularly interested in the detective's life.

The Countess has her fair share of enemies: After being taken in by The Countess in 1994, Donovan has stood loyally by her side. That is, until he finds himself kicked to the curb when The Countess trades him in for a younger, hipper model, Tristan Duffy.

Watch the cast talk about The Countess' twisted romances below. 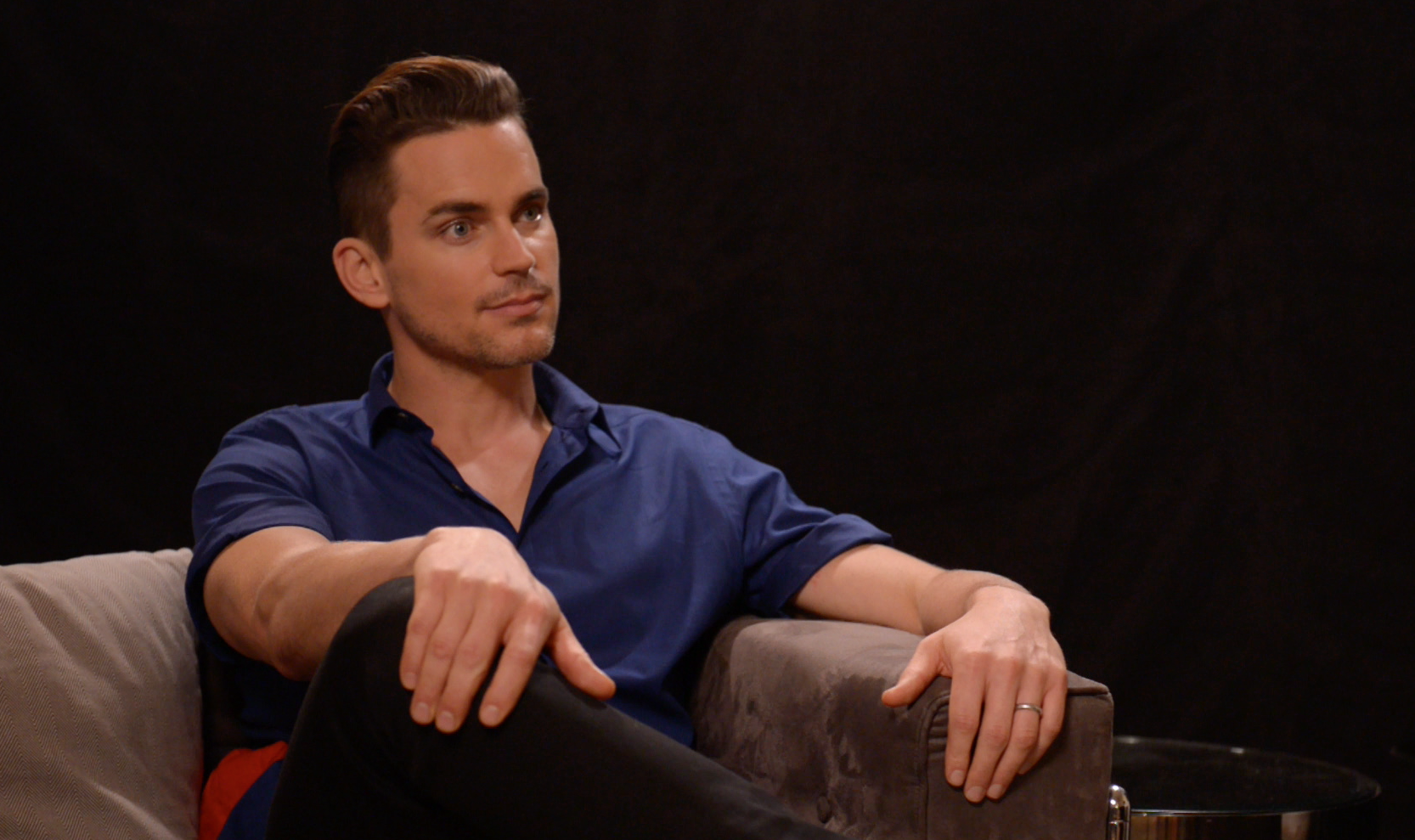 There's a new man in charge: Unbeknownst to anybody except The Countess, the Cortez changes hands in the premiere when New York designer Will Drake buys it and moves in with his son Lachlan. Will hopes the hotel's unique energy will help reignite his creative flame, but little does he know just how unique the Cortez is.

And since his arrogant behavior quickly makes enemies of the other residents and employees, Will better watch his back - and keep his son away from The Countess. The fashionista proves she isn't above recruiting other people's children into her bloodsucking family.

Not every character is what they seem: Much like Murder House, Hotel leaves you unsure of which of the characters are alive, which are dead and which aren't quite human. And by the end of the premiere, at least one character's surprising origin will be revealed.

Mr. March is taking cues from H.H. Holmes: Much like H.H. Holmes, who built Chicago's notorious Murder Hotel during the World's Fair, James March is a charming, but psychopathic killer who designed the Hotel Cortez specifically to hide his murderous schemes. So while the Cortez is a beautiful art deco building, it's also a labyrinth of secret rooms, dead ends and shafts. Exactly what Mr. March used these nefarious additions for will be explained when Hotel flashes back to the 1930s.

The Halloween episode will be epic: As always, Horror Story is going all out for Halloween in another anticipated two-parter. The first hour will follow John to a dinner party from hell at the Hotel. (Fingers crossed Alison DuBois will be in attendance.) The other attendees include a handful of famous serial killers, including John Wayne Gacy and Aileen Wuornos, and poor, innocent John mistakenly thinks the entire event is an elaborate prank.

The second part will feature Darren Criss as a hipster who checks into the Cortez with his girlfriend to avoid trick-or-treaters. And unfortunately for them, their elitist attitudes and constant demands inspire the wrath of manager Iris.

Stay away from Room 64: You know you've done something to piss Iris off if she's assigned you Room 64. Back when the Cortez was originally built, mass murderer James March chose Room 64 as his office. In current day, it has become a playground for deadly mischief, including some of the resident bloodsuckers and The Addiction Demon.

Iris and Sally have a twisted history: As Kathy Bates told us, Iris absolutely loathes Sally because "she's vile, she's trash as far as Iris is concerned." But this hatred of Sally goes far deeper than looking down on Sally's addictions and it will be revealed by the end of the premiere.

John is deeply connected to the hotel: At first, it seems John has no connection to the Cortez or any of its inhabitants. However, as John investigates a series of murders, the killer's taunting phone calls lead him directly to the Cortez. And it's the ongoing threat this killer poses to John's family that eventually inspires him to move into the hotel's dangerous Room 64 on a semi-permanent basis.

Is this exactly what the killer wanted? Most likely. Is the killer tied to a tragedy in John's past? Probably. But the killer isn't the only thing tying John to the Cortez. Under its roof, John will also find a link to a loss he suffered in 2010 living directly under his nose.

American Horror Story: Hotel premieres Wednesday at 10/9c on FX. Watch the cast explain what this season is all about below.