Kate Nelligan as a mother searching for her missing 6-year-old.

Happy Father's Day, from Your Faves

With Dad's day almost upon us — Sunday, June 18, if you still need to run out and grab a card —&nbsp;your favorite stars from Desperate Housewives, Prison Break, Without a Trace and more share their best bits of fatherly wisdom. For photos of these proud pops with some of their kids, pick up the new issue of TV Guide. James Denton

Do you have anything on the ...

Question: Do you have anything on the season finale of Without a Trace? Thanks. Answer: If what happens in the finale were a real event, the headline on the front page of the New York Times would probably look something like this: "Shooting Rampage at FBI Offices, Multiple Casualties."

An 18-month-old girl who vanished in December was found as the result of tips phoned in after she was&nbsp;profiled on the March 9 broadcast of CBS' Without a Trace. Anisa Jackson was found unharmed in Tarrant, Ala., and her father/kidnapper, Phillip Jerome Jackson, was arrested. This is the second time a Trace profile has led to the location of a missing person.

CBS announced on Monday that it has renewed 14 prime-time —&nbsp;shows to the tune of 13 hours of programming&nbsp;— including freshman series How I Met Your Mother, Criminal Minds and Ghost Whisperer. Also getting the nod for the 2006-2007 season are all three flavors of CSI, Without a Trace, Numbers, Cold Case, 60 Minutes, Two and a Half Men, NCIS and the reality contests Survivor and The Amazing Race. No Close to Home? Bastards!

Your comments on the Night ...

Question: Your comments on the Night Court actors reminded me that I had a crush on the woman who played the court clerk before Mac. What was her name, and did she do anything else besides Night Court?Answer: That she did, and that she does, Bill. You're thinking of actress Karen Austin and her character, court clerk Lana Wagner, who was replaced on the comedy after a season by Charlie Robinson's Mac Robinson. Austin did a lot of guest work on such series as Happy Days, 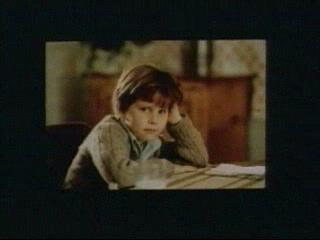