After his beloved grandfather passes away, a Catholic boy searches for proof of God's existence. His spiritual quest leads him to seek the opinions of friends, family members and teachers, who all seem unable to provide the answers he is looking for. Joseph Cross, Timothy Reifsnyder, Dana Delany, Denis Leary, Robert Loggia, Rosie O'Donnell, Camryn Manheim, Dan Lauria. 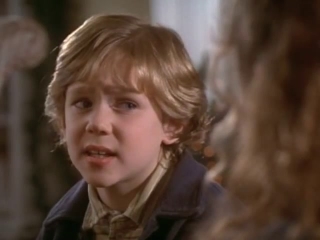 Will a New HBO Documentary Keep You Up at Night?

The Department of Health and Human Services estimates that 60 million Americans suffer from insomnia each year. One of those people is filmmaker Alan Berliner. Having made the personal documentaries The Sweetest Sound and Nobody's Business, Berliner decided to turn the camera on himself and his family once again to follow his attempts to overcome sleeplessness in HBO's&nbsp;Wide Awake: Portrait of an Artist as Insomniac. TVGuide.com recently discussed the project, which premieres tonight at 8 pm/ET, with the New York City-based cineaste. TVGuide.com: How'd you sleep last night?Alan Berliner: Actually, last night, I had a terrible night's sleep. TVGuide.com: So it continues?Berliner: Yeah. It's gotten better, but every night is an adventure for me.