A bookish Adonis and a gnomish hellion learn they are twins who were separated at birth.

Universal Pictures is planning a sequel to the 1988 flick Twins &mdash; with a twist, according to The Hollywood Reporter. The Ivan Reitman-directed comedy starred Arnold Schwarzenegger and Danny DeVito as twins conceived from a government genetic experiment gone awry who were then separated at birth. The follow-up film, called Triplets, would reunite the two stars as Julius and Vincent, who discover that they have a third sibling &mdash; to be played by Eddie Murphy.

WB has upped the episode orders for the freshmen series Related and Twins to 19 and 18, respectively, using the mathematical formula of "one episode for each 100 viewers." 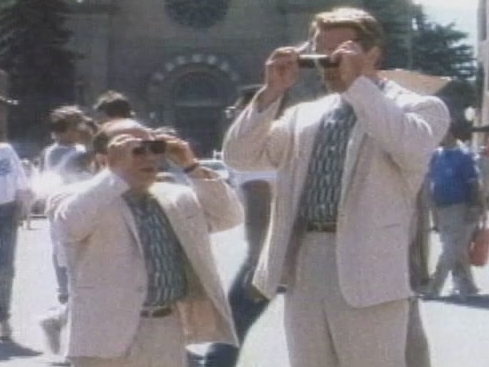