Bravo has announced a Feb. 22 premiere for&nbsp;the Project Runway spin-off Project Jay, chronicling Season 1 champ Jay McCarroll's adventures in the New York City fashion biz.... Sheryl Crow has joined the star-studded lineup of Animal Planet's Trail Mix, a Jan. 29 special about (and I quote) "the special bond between some of the music industry's hottest acts and their horses."... CMT has acquired rebroadcast rights to NBC's Three Wishes and has the option to license any new episodes produced beyond the 10 that have aired.

Sources tell TVGuide.com that NBC is on the verge of pulling the plug on Amy Grant's&nbsp;Three Wishes.... USA Network is developing a six-hour miniseries based on Gigi Levangie Grazer's best-selling novel, The Starter Wife.... E! Entertainment Television has given the greenlight to #1 Single, an unscripted series chronicling newly single singer-songwriter Lisa Loeb's reentry into the dating world.

First Lady Laura Bush traveled to Biloxi, Miss., Tuesday to tape a cameo for an upcoming episode of Extreme Makeover: Home Edition set in the hurricane-ravaged South. Bush reportedly visited four disaster-relief shelters, where she passed out supplies and hugs to victims. Rumor has it Bush will next visit NBC's Three Wishes, where she'll ask Amy Grant to make her mother-in-law disappear.

GHOST OF A CHANCE

ONCE MORE WITH FEELING

I can't be sure, but I think this means we're supposed to get excited about reruns. NBC's frosh series are going to get repeat plays on the net's cable kin. Bravo will reair My Name Is Earl and Inconceivable (as well as sophomore sitcom The Office); USA has dibs on&nbsp;E-Ring and Three Wishes; and Sci Fi gets&nbsp;Surface. 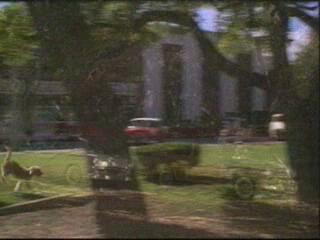