In this thrilling and intelligent Best Picture nominee, Bruce Willis gives a finely nuanced performance as a child psychologist; the superb Haley Joel Osment costars as his tormented patient, who has visions of the dead. 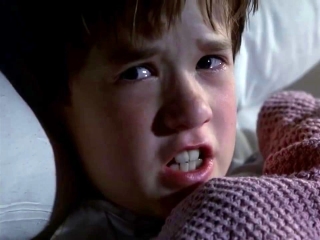 Taking a break between scenes, Blue Bloods' Donnie Wahlberg places two smartphones within easy reach. The onetime teen heartthrob is so connected to social media that instead of watching his hit cop show on Fridays at 10, he reads real-time Tweets to gauge what viewers like or don't. Happily for the actor who plays Det. Danny Reagan, the "likes" win &mdash; Blue Bloods and Wahlberg rule the night...

Buffy the Vampire Slayer looms large over Sarah Michelle Gellar. This fall, more than eight years after she last played the droll demon fighter, she'll return to prime time as the star of another series, The CW's neo-noir mystery Ringer. Speaking to reporters at Comic-Con Thursday, before she took the stage to promote Ringer, Gellar said she knows that she'll have to convince Buffy fans that this very different project &mdash; in which she plays twins! &mdash; will be worth their time. "I'm not trying to re-create Buffy and I'm not trying to top it," she said. "I'm trying to do something that the fans, who have been so good to me, will love. I'm a television watcher, and this is the kind of show that I would watch." Comic-Con 2011: Full TV schedule, including Vampire Diaries, True Blood and more! On Ringer, Gellar plays

Exclusive First Look: Bedlam Is Set to Break Out on BBC America!

Think your neighbors are crazy? Try living in Bedlam Heights, the haunted insane asylum-turned-apartment building at the center of Bedlam, BBC America's legitimately creepy new series. Starring Downton Abbey's Theo James, The Tudors' Charlotte Salt and original Pop Idol winner Will Young, this Melrose-meets-Sixth Sense scarefest isn't set to bow on our shores until this October, but you can get a sneak peek here in this exclusive trailer... if you dare...