In this action-packed football comedy, a washed-up quarterback (Keanu Reeves) gets a second chance when pro-football players walk out mid-season. Gene Hackman plays the talented coach who leads a team of benchwarmers to a shot at the championship. Brooke Langton, Jon Favreau, Jack Warden, Orlando Jones.

As the mystery of the bus crash deepens on UPN's Veronica Mars (Wednesdays at 9 pm/ET), how and when will viewers learn more about the students who died? Will Sheriff Lamb get what's coming to him by season's end? And is another showdown between Alyson Hannigan and Charisma Carpenter in the works? In this exclusive Q&amp;A — and to tide you over until new episodes return in early March — Mars creator Rob Thomas provides plenty of clues in response to these and other burning questions from TVGuide.com readers. Question: One thing I really liked about last year were the flashbacks. Are there going to be bus-crash flashbacks? And what are Lilly's chances of returning next season?& 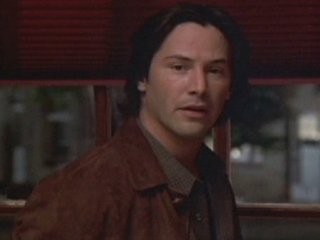