Andy Garcia produced, directed and stars in a sweeping saga of the 1950s Cuban revolution, as seen through the eyes of a Havana university professor and his three sons. Bill Murray and Dustin Hoffman have cameos in this lavish and exotic epic. Ines Sastre, Tomas Milian, Elizabeth Pena, Jsu Garcia.

Prince has decided to sue YouTube and a bunch of other websites for unauthorized use of his music so that, according to Reuters, he can "reclaim his art on the Internet." Fine. But he'd damn well better leave my Apollonia videos alone.... According to thesmokinggun.com, Lance Armstrong is as mad as a wet cat &mdash; a wet cat with an attorney, I might add &mdash; that an Oklahoma firm is peddling pet collars modeled after his yellow "Livestrong" wristbands.... A security guard at a 1996 Guns N' Roses concert is finally getting around to suing Axl Rose for allegedly kicking him in the head during a performance.... Andy Garcia is being sued by a woman who claims his film, The Lost City, is based on her husband's life, TMZ says. Since her spouse is a sax player who was exiled from Cuba after Castro took over and Garcia plays a nightclub owner who flees of his own accord, I have a hunch this isn't going to go well for her. 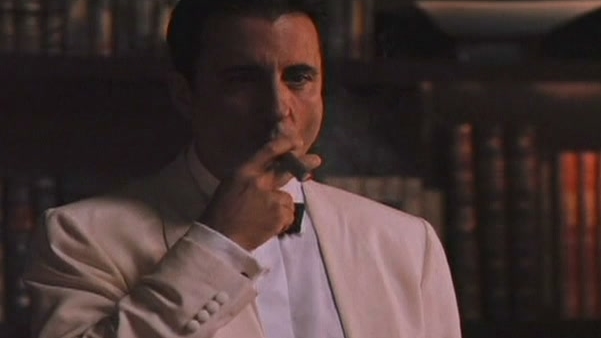