The Dukes of Hazzard

NBC and 20th Century Fox have finally struck a deal that will make My Name Is Earl available for online download and stream new episodes for free on NBC.com.... ABC Family has set a Mar. 4 premiere for The Dukes of Hazzard: The Beginning, a made-for-TV prequel to the film, starring Jonathan Bennett (Mean Girls), Randy Wayne (Sons &#38; Daughters) and April Scott (Entourage) as Bo, Luke and Daisy.... Now out on DVD: Scarlett Johannson's The Prestige, also featuring some other actors.... Dr. Tancredi? Izzy? Cast your vote for TV's sexiest lady doctor in TVGuide.com's new poll!

Per the Hollywood Reporter, country icon Willie Nelson will reunite with his Dukes of Hazzard costar when he plays grandpa to Jessica Simpson in Blonde Ambition, the bombshell's Working Girl redo. Also joining the cast is Larry Miller, as the CEO of a conglomerate.... The Lord of the Rings' Elijah Wood will head the international cast of Oxford Murders, a whodunit in which a university student (Wood) delves into a murder mystery with a Sherlock Holmes-style mentor (John Hurt).

Hollywood is currently crazy for adapting cult-classic television series into movies. Here's the scoop on a few small-screen favorites bound for the big screen in the near future.The HoneymoonersIn theaters Cedric the Entertainer as Ralph Kramden and Mike Epps as his pal Norton. What to expect It's an ethnic twist on the classic comedy, but we're holding out for at least one commemorative "Hamina, hamina, hamina!" In theaters Spring 2005 BewitchedStars Nicole Kidman as Samantha, Will Ferrell as hubby Darrin and Shirley MacLaine as Endora. What to expect Utter zaniness when a real nose-twitching witch is hired to play Samantha in a movie adaptation of Bewitched. It's a show within a movie about a show (got that?) in Nora Ephron's take on the hit series. In theaters July 8, 2005 The Dukes of HazzardStars Sea 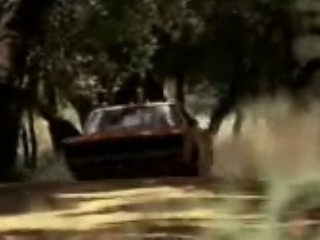 The Dukes Of Hazzard Scene: Not With You Driving The Get Away Car

The Dukes Of Hazzard Scene: Just Say You're Sorry Luke 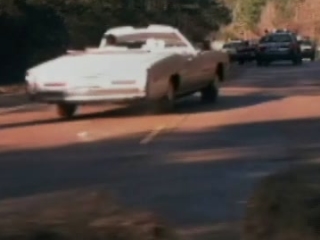 The Dukes Of Hazzard Scene: You Know Why Divorce Is So Expensive

The Dukes Of Hazzard Scene: Can I Get In On This?