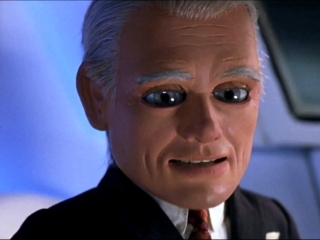 South Park creators Trey Parker and Matt Stone just love raising tempers by spoofing controversial subjects. They riff on the Middle East conflict in their latest big-screen venture, Team America: World Police, filmed entirely with puppets. Their in-your-face antics include a puppet sex scene (yeah, you read that right), which was drastically reduced to obtain an R rating instead of an NC-17 for the comedy. "It was probably twice as long as it is," Parker says. "A lot of the shots were longer, and it had a few extra special positions of lovemaking that just showed they really loved each other. The MPAA decided that you all weren't adult enough to see that." "It was the only thing that the MPAA had a problem with in the whole movie," adds Stone. And Parker chimes in: "Which is pretty funny, because it was one of the easier things to shoot. We've all had experience doing that as childr 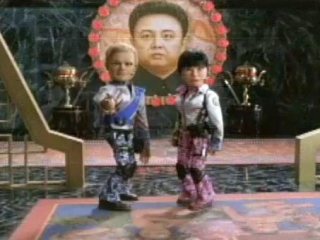 The Wizard of Oz

1 hr 41 mins
A tornado whisks young Kansas native Dorothy and her dog Toto away to the magical land of Oz, where they befriend a Scarecrow, a Tin Man and a Cowardly Lion on their journey to confront the Wicked Witch of the West and visit the wonderful Wizard of Oz.
92   Metascore
1939 G Music, Fantasy, Family, Comedy, Action & Adventure, Kids, Other
Watchlist
Where to Watch