Paul Giamatti and Thomas Haden Church are superb in this wise and witty comedy-drama about two restless buddies who take a trip to California's wine country the week before one of them gets married.

FX has given the green light to drama pilot Hoke, which will star Paul Giamatti, the network announced Wednesday. Based on Charles Willeford's series of novels, Hoke is...

The McCoy family of NBC's modern-day Hatfields &amp; McCoys is starting to take shape: Virginia Madsen has joined the McCoy clan, TVGuide.com has learned.&nbsp; Set in present-day Pittsburgh, a startling death reignites the feud between these two American legendary families, which was...

Thomas Haden Church has been cast alongside Matt LeBlanc in Showtime's new comedy Episodes, according to Variety. Matt LeBlanc to star in Showtime and BBC's Episodes Church will play ...

Typecast — and Lovin' It!

There are some actors (coughOrlando Bloomcough) who repeat the same role over and over again without realizing it. Then there are actors like Paul Giamatti, who's completely aware that his characters are often strikingly similar. "I suppose I am [typecast] a little bit," muses the New York-born actor, whose latest film, Sideways, hits theaters today. "There's definitely a desperate quality to all of the guys I play. And in the studio films I do, I'm that guy, but a little goofier. I wear a funny hat or get turned blue or something. "It's weird. I'm either depressed or I'm really aggressive. Some great actor once said that all actors really only have two characters that they play &#8212; two basic guys that you play variations on, and that's always what you do. I guess my two guys are Depressed Passive Guy or Psycho Aggressive Guy." His Sideways character fits neatly into the former category. As Miles, the cynical wine aficionado 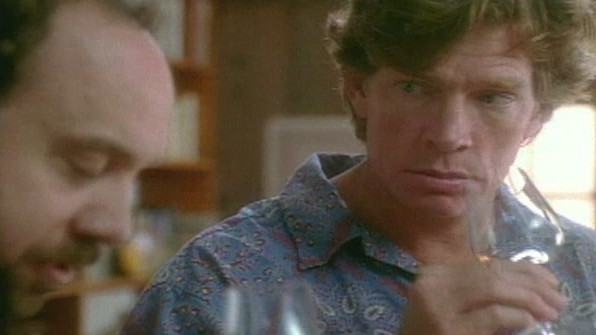 Sideways Scene: Are You Chewing Gum? 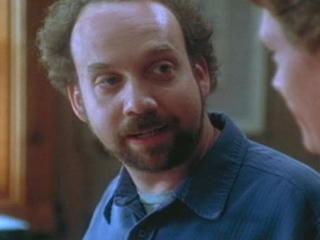 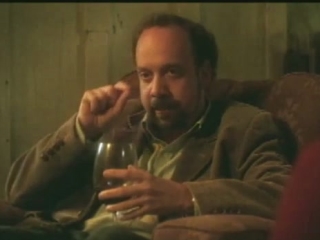 Sideways Scene: Why Are You So Into Pinot? 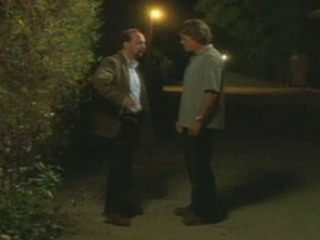