Unpopular high-school senior Mandy finds herself grounded after being asked to the biggest party of the year by superpopular Drew. So she devises an elaborate scheme to keep her date and outsmart her dad with the help of her new videophone. 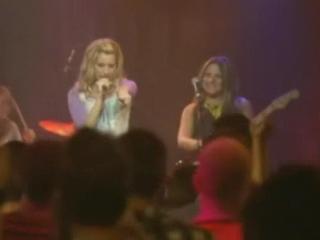