Chevy Chase packs up his family for another trip.

And not just 'cause if you ask some bozo to keep it down, he'll tell ya to do stuff to yourself that you always thought you needed a partner for, either. Hostel — a sort of National Lampoon's European Vacation for masochists — debuted in first place at the box office with $20.1 million. (But if people are really so into torture, why didn't Elektra do better? Riddle me that.) Dropping into second and third, respectively, were The Chronicles of a Movie Whose Title Is So Long, It Could Be Considered a Chronicle in and of Itself (with $15.4 million) and King Kong (with $12.5 million). Nowhere near the top of the heap was the Adam Sandler-produced turkey Grandma's Boy, which took in a measly $2.9 million and, we hope, made Chris Kattan feel at least a little better about Corky Romano. 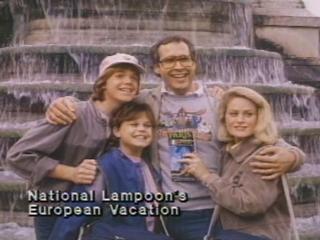 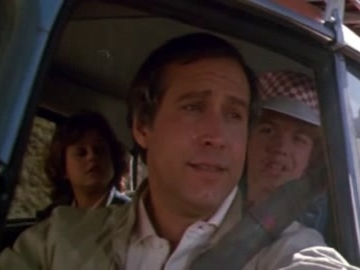