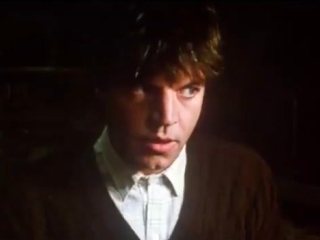 Malcolm: The Beginning, Middle and End

This Sunday at 8:30 pm/ET, television bids farewell to the, um... er... what was the name of that family on Fox's Malcolm in the Middle? Whether or not it was, as lore has it, the Wilkersons, the clan was tirelessly overseen by Hal and Lois and populated by sons Francis, Reese, Malcolm, Dewey and Jamie. Has it really been six and a half years and 150 episodes since viewers first met the... bunch? Yep. And to think that a Fox rival took a pass on the promising series! "UPN bought it," Malcolm creator Linwood Boomer recalls, "and it was over there about four months, where it went through the standard development process, which

Friday, Jan. 13, turned out to be a truly bad-luck day for Malcolm in the Middle. That's when the cast members learned that the Fox sitcom, now in its seventh season, had gotten the ax. "There was some sadness," Bryan Cranston, aka Malcolm's bumbling dad, Hal,&nbsp;tells TVGuide.com, adding that he and his TV wife, Jane Kaczmarek, shared an embrace and a few tears upon learning their fate. "We realized it's about how much fun you have along the way," philosophizes the actor, who felt that Malcolm could have easily gone on creatively for another year. "But I can't complain. We'll have done 151 episodes. It's been fantastic. It's going to be good

1 hr 37 mins
A quartet of older women keeps their bonds of friendship strong through life's struggles by watching football. After decades of dreaming, the women finally decide to make a pilgrimage to the Super Bowl for the once-in-a-lifetime chance to meet their favorite player, noteworthy NFL mainstay Tom Brady. Along the way, a series of hijinks ensue. Kyle Marvin directs the sports comedy-drama. Co-starring Lily Tomlin, Jane Fonda, Rita Moreno, and Sally Field.
54   Metascore
2023 PG13 Drama, Comedy, Other
Watchlist
Where to Watch

1 hr 35 mins
Maybe I Do, directed by Michael Jacobs, tells the story of Michelle and Allen, who have finally decided to get married. As part of their planning, they decide to invite their parents to meet each other. While this seems normal, the situation turns uncomfortable when they realize they already know each other intimately. The meeting quickly goes from awkward to awful when it is revealed that they're all having affairs - with each other. Starring Emma Roberts, Luke Bracey, Diane Keaton, Susan Sarandon, Richard Gere, and William H. Macy.
42   Metascore
2023 PG13 Comedy
Watchlist
Where to Watch

2 hr 8 mins
A math genius works as a financial consultant for criminal organizations. While being investigated by the Treasury Department, he agrees to help an accounting clerk look into fraud at her company, but the assignment will prove far more dangerous than he could have ever anticipated.
51   Metascore
2016 R Drama, Comedy, Suspense, Action & Adventure, Other
Watchlist
Where to Watch