Bam Margera is back to his dangerous Jackass-like ways. The former MTV reality star was rushed to the hospital after...

Jackass Gang Revealed to Be... Geniuses?

Could be. On Dec. 19, Paramount Digital Entertainment and MTV New Media are releasing the idiot savants' third movie, Jackass 2.5, directly to the Internet. What's more, for the first two weeks, it'll be free, thanks to host site Blockbuster. Then, in February, the nimrods' own new site will begin offering fresh content on a regular basis. Because what the world absolutely needs now is more dumb. &#151; Ben Katner

Weekend Box-Office Champ Is a Real...

Can a horseman of the apocalypse be a donkey? Jackass: Number Two claimed the top spot at the weekend box office, siphoning $28.1 million from the wallets of people apparently desperate to get out of the house and/or blow off temple. Rounding out the top five were Jet Li's Fearless (bowing with $10.6 million), Gridiron Gang ($9.7 mil), Flyboys (a $6 mil opening) and Everyone's Hero ($4.75 mil), while Sean Penn's widely slammed All the King's Men placed seventh with $3.8 mil. 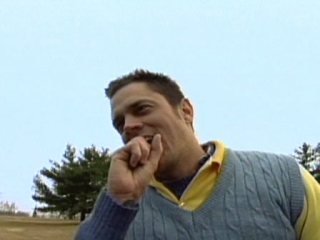