A hotshot club DJ saves the life of a mob boss and is recruited to protect the man's daughter, but he soon finds himself falling for the girl. R&B sensation Usher stars in this hip romantic comedy. Emmanuelle Chriqui, Chazz Palminteri, Robert Costanzo, Robert Davi. Directed by Ron Underwood.

Entourage Beauty Likes to Mix it Up

In theaters today, In the Mix presents R&amp;B singer Usher as a New York City DJ who, after taking a bullet for a mob boss (Chazz Palminteri, need you&nbsp;ask), finds himself recruited as bodyguard to the don's daughter. Playing Dolly, the headstrong and head-turning Italian-American princess, is Emmanuelle Chriqui, familiar to TV fans from her role as Sloan, the girlfriend of "Aquaman" Vince's manager, Eric, on HBO's Entourage. TVGuide.com enjoyed a one-on-one with the actress to discuss her recent "mix" of roles. TVGuide.com: Let's start with something frothy: A few years ago, you ranked No. 90 on Stuff magazine's list of 102 Sexiest Women. Have you done anything since then to improve your lot?Emmanuelle Chriqui: I just need to 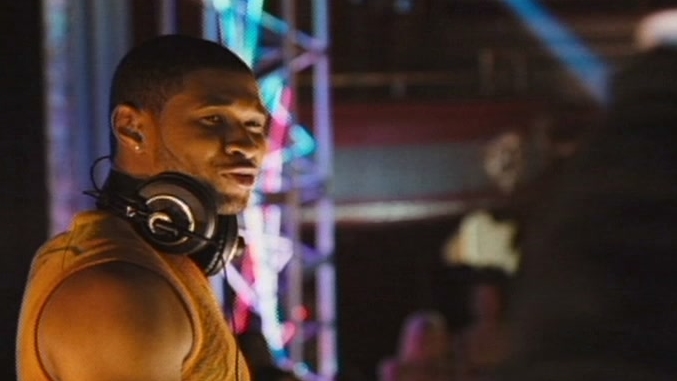