An American artist living in Paris recalls growing up in 1970s Greenwich Village with his widowed mother.

Catching up with David Duchovny

Best known as Special Agent Fox Mulder on cult classic The X-Files (1993-2002), David Duchovny wrote, directed and costars in House of D, with Robin Williams, wife Tea Leoni and Anton Yelchin in the lead role as Duchovny's character at 13."It's a coming-of-age film about what it is to grow up and how you have to leave certain things behind," says Duchovny, 44. He knows House of D is no blockbuster, but if he draws just a quarter of his X-Files audience, he says, "the movie would be a huge hit." As for his Spanglish spouse's involvement, "Tea just kind of suggested herself for the part," he grins. "She was like, 'Do you think I could play the mom?' I said, 'Of course. You can play whoever you want. You can play Tommy if you want to.' But [working with me] was very nerve-racking for her because she was afraid she was going to screw up my movie. She was like, 'I'm just sitting here thinking I'm going to blo 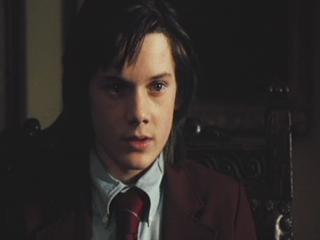