Gripping and vivid chronicle of CBS newsman Edward R. Murrow's battle with Sen. Joseph McCarthy (who appears via archival footage) over his Communist witch-hunts in the 1950s. 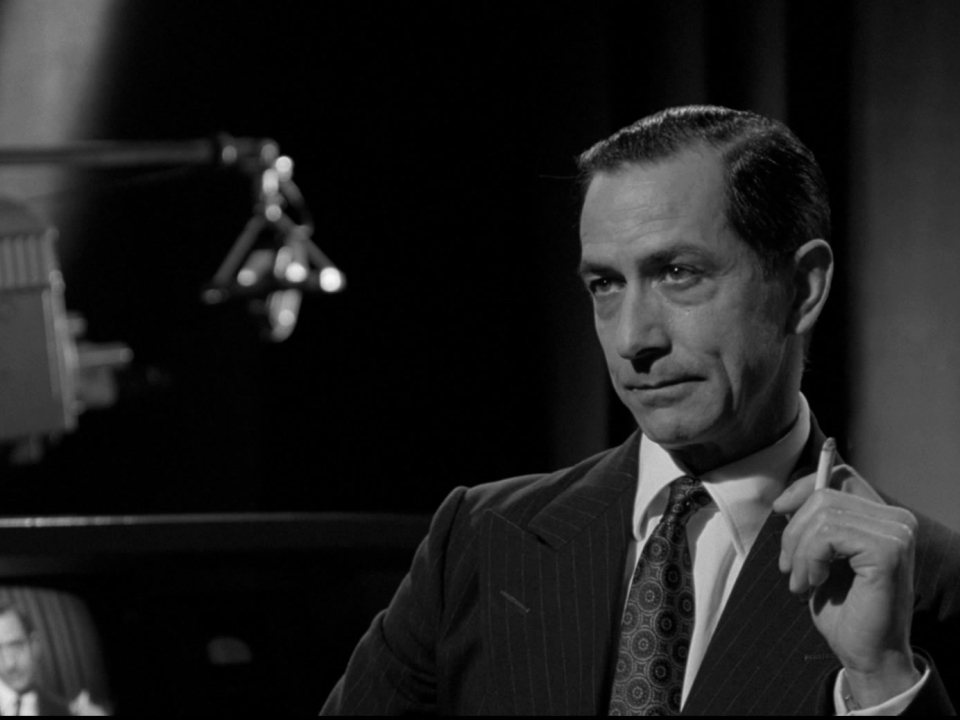 David Strathairn will star in Syfy's new pilot Alphas, the network announced Tuesday.Alphas focuses on a team of ordinary citizens with extraordinary mental abilities who tackle cases that the CIA, FBI and Pentagon have been unable to solve. Strathairn, 61, will play Dr. Leigh Rosen, the eccentric Alphas leader who is willing to bend the rules for his objectives and team.Check out photos of David Strathairn"We're honored to have ...

Usually, when&nbsp;George Clooney is on a television news program, he's often touting his latest role or offering an opinion on recent Hollywood happenings. For his latest directorial effort, however, Clooney decided to take viewers behind the scenes&nbsp;to witness&nbsp;the nitty-gritty days of '50s journalism in Good Night, and Good Luck, set for release Oct. 7. Along&nbsp;with producing partner Grant Heslov, Clooney cowrote Good Night, and Good Luck to pay homage to the news business he came to know during childhood as the son of newsman Nick Clooney, who continues to&nbsp;write a thrice-weekly column for The Cincinnati Post. Framing the black-and-white feature is the famed struggle between CBS broadcaster Edward R. Murrow and Wisconsin Senator Joseph McC