A woman learns independence when her roommate decides to get married and leave their nest. An unexpected flirtation with a rabbi gives her the opportunity to be a portrait photographer for Jewish weddings and bar mitzvahs.

Film toughie Chazz Palminteri has been cast in the ABC drama pilot Drift, in which he will play the boss of an insomniac NYPD detective.... Lena Headey (Imagine Me &amp; You) will play a single-girl superhero in Joan of Arcadia creator Barbara Hall's Ultra, for CBS.... Balthazar Getty is the latest actor to be added to ABC's family sudser Brothers &amp; Sisters.... Aldis Hodge, Coby Bell, Cynthia Addai-Robinson and Hosea Sanchez have been cast in CW's Girlfriends spin-off. (Not a one of those names rings a bell for me, either. I just get giddy reporting on the UPN-WB mutation.)

Question: For real, there's going to be a Girlfriends spin-off (Ask Ausiello 1/18)? What's the premise? Answer: Would I lie to you? Would I lie to you, honey? The potential offshoot will center on three women whose "son or boyfriend or husband plays professional football," explains Dawn Ostroff. "It's about the women behind the men." The characters will be introduced in an episode of Girlfriends later this season.

Singer-actress Brandy, who previously headlined UPN's Moesha, is returning to series television. In an as-yet-untitled&nbsp;WB comedy penned by Girlfriends creator Mara Brock Akil, Brandy will play a tried-and-true New Yorker who relocates to Los Angeles to take a job as — get this&nbsp; — an entertainment news editor. Pfft, good luck with that, kid. 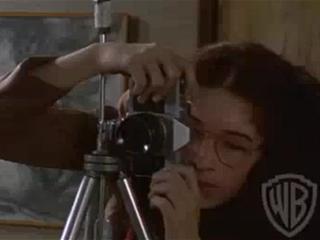