Recalling the life of Indian lawyer Mohandas K. Gandhi (1869-1948), who famously led non-violent revolts against British rule and spoke out against the caste system.

Indian Actor Saeed Jaffrey, Who Starred in Gandhi, Dies at 86

He also appeared in A Passage to India

Indian musician and composer Ravi Shankar, the father of Grammy winner Norah Jones and the man George Harrison called "the godfather of world music," has died. He was 92. "It is with heavy hearts we write to inform you that Pandit Ravi Shankar, husband, father, and musical soul, passed away today, December 11th, 2012," his family said in a statement on his website. "His health has been fragile for the past several years and on Thursday he underwent a surgery that could have potentially given him a new lease of life. Unfortunately, despite the best efforts of the surgeons and doctors taking care of him, his body was not able to withstand the strain of the surgery. We were at his side when he passed away." 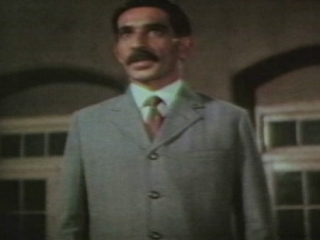