Cheerful remake of the twice-filmed comedy-fantasy about a stressed-out mom who magically switches bodies with her sullen daughter. Each gets to experience what the other goes through on a daily basis.

Puppets Invade Community! But What About Season 5?

Six seasons and a movie. That's Community's rallying cry, hashtag and goal, but for now it's only a reality in Abed's Dreamatorium.But even if the NBC comedy were to end after its current fourth season, star Yvette Nicole Brown isn't mourning. "Four years is great! We made it to syndication, we got to meet all of you guys," she told fans at Tuesday's Paley Festival honoring Community. "As an actor, it's hard to have friends -- who are more talented than you, more beautiful than you or whatever -- that aren't working ... We're in the gravy years of our careers and the gravy years of this show. So if we get to continue another year, it would be an awesome blessing... but remember that whatever happens in May ... we did it together and that's a great thing."

Get ready for one crazy road to Nationals when New Directions goes through a Freaky Friday-inspired body switch in an upcoming two-hour episode of Glee. Speaking of, Lindsay Lohan will take a seat at the judges' table &mdash; and she'd better be voting for McKinley High! Glee spoiler photos: Check out shots from the upcoming episodes Tina...

Jamie Lee Curtis has signed on for a two-episode guest spot on NCIS during November sweeps, TVGuide.com has learned.Fall Preview: Get scoop on all your favorite returning shows Curtis will play Charlotte Ryan, a career woman and single mom who works for the Office of the Inspector General in the Defense Department. Described as strong and opinionated, Curtis' character will spar with Gibbs (Mark Harmon) and the team like never before."The role of Charlotte Ryan got even better when the enormously talented Jamie Lee Curtis agreed to join us," executive producer Gary Glasberg said.... 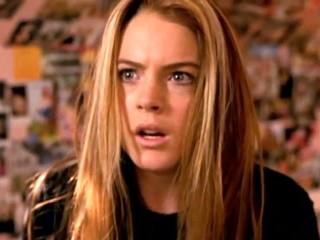