Brad Pitt and Edward Norton duke it out in this stylish and provocative social satire. Norton plays a frustrated white-collar worker who joins a brutal club led by Tyler (Pitt) whose members relieve their aggression by beating each other to a pulp. Directed by David Fincher. Helena Bonham Carter, Meat Loaf Aday.

He'll do anything for love, but he won't do ... what? In a new interview,&nbsp;Meat Loaf&nbsp;finally explains what the "that" is in his most famous song.

How Will Parks and Recreation Address Chris Pratt's Rock-Hard Abs?

Andy Dwyer is no longer the chubby shoe shiner we fell in love with. In case you missed it, Parks and Recreation's Chris Pratt is going to star in the upcoming Marvel superhero film Guardians of the Galaxy &mdash; and he's certainly been preparing to play a superhero. Earlier this week, Pratt unveiled his rock-hard body on Instagram, and noted that he got his new defined abs by going six months without beer. But that puts his NBC comedy into quite a predicament because Andy Dwyer has never been one to exercise. Parks and Recreation Season 6 Scoop: How will Leslie handle the recall? "I was...

Edward Norton is not only a first-time dad &ndash; but also is married to Shauna Robertson, Usmagazine.com reports. The reserved Fight Club star, 43, was married in 2012 to Robertson, a 38-year-old film producer. No further details are available.

On director David Fincher's wish list? A Broadway adaptation of Fight Club come 2009. "One of the things I want at the 10-year anniversary is to do Fight Club as a musical," he tells MTV.com. "I love the idea of that".... Morgan Spurlock (30 Days, Super Size Me) has inked a two-year deal with Fox Television Studios to develop scripted and unscripted programming &#151; once the strike is over, that is.... James Gandolfini and girlfriend Deborah Lin got engaged over the holidays, says People.... MTV's Making the Band 4 Season 2 premieres Jan. 28 at 10 pm/ET. 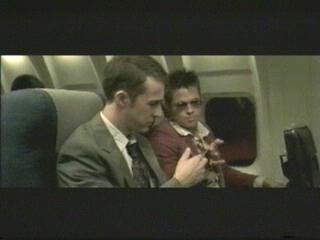 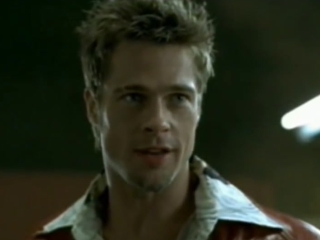