Avant-garde filmmaker Lars von Trier ("Dancer in the Dark") creates another unique and powerful work with this highly stylized, superbly acted film. Nicole Kidman stars as a mysterious woman on the run from gangsters in the 1930s, who hides out in an isolated Rocky Mountain town and has a profound effect on the locals. Paul Bettany, Harriet Andersson, Patricia Clarkson. 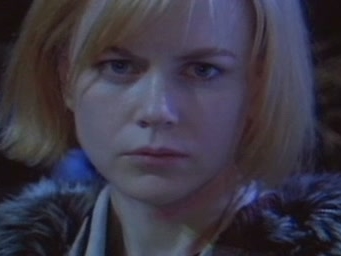 Lars von Trier loves to shock. Just watch his movies. But he also likes to say shocking things. Remember when he said former President George W. Bush dreamed of being whipped by Condoleezza Rice? Well, now he says that he's a Nazi who can "understand" Hitler. At a Cannes film festival news conference, he said he found out "he was really a Nazi, because my family was German ... which also gave me some pleasure. ... I understand Hitler. But I think he did some wrong things. Yes, absolutely ... I sympathize with him a little bit."