In this irreverent satire, a lapsed Catholic is chosen by God to stop two fallen angels who plan to take advantage of a loophole allowing them to reenter heaven, which would cause all of existence to end. She is aided in her quest by an angel, a muse and the 13th apostle.

Filmmaker Kevin Smith is no stranger to religious scandal. His 1999 film Dogma &#8212; featuring two fallen angels and a happy-go-lucky Jesus &#8212; had the entire Catholic League up in arms. But unlike Mel Gibson's The Passion of the Christ, which spun a little controversy into record-breaking box-office returns, Dogma barely caused a blip &#8212; and Smith has a theory why. "I wish we put a bloody Christ in our movie instead of the Buddy Christ," he jokes to TV Guide Online. "We would have cleaned up, [too]. Who knew? "We had death threats and 300,000 pieces of hate mail," Smith continues, "and Bill Donahue on the news every night heading up the Catholic League, rallying against our movie and calling for Disney to drop it &#8212; essentially, pitting Mickey Mouse against Jesus Christ." (In the end, Disney-owned Miramax caved and Lion's Gate released the film.) Smith fears controversy will also hurt his lat 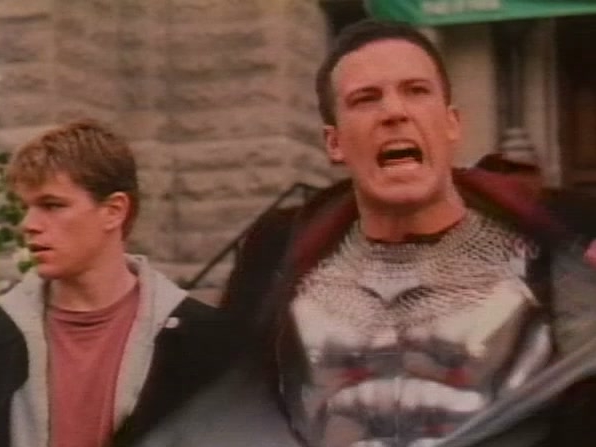