Wise guy Artie Lange is on The Howard Stern Show every day, joking about hard drinking and heavy eating, because in Artie's world, nothing is ever done "light." The 37-year-old sidekick began his career as a Mad TV cast member and soon moved to movies (Dirty Work) and back to TV (ABC's Norm). But it's been with radio icon Howard Stern that Lange has hit his groove, providing his own "average guy" sensibility to the conversational mix. Lange's new DVD It's the Whiskey Talking (out today) documents his expletive-filled live act and proves that, even when the comic is flying solo, he's always got something intriguing to say. TV Guide Online: How much Jack Daniel's was consumed during the making of your DVD?Artie Lange: I'd say about four carafes. Honestly 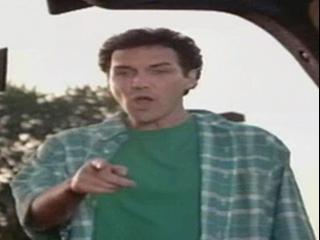