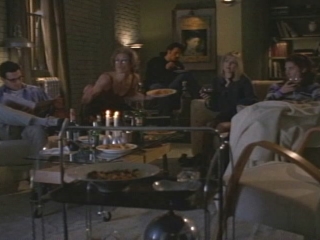 Aaron McGruder has announced that he and thus his controversial comic strip, The Boondocks, are taking a six-month vacation starting in March.... Nia Long, Amber Valletta and Kate Nelligan have joined&nbsp;the supernatural thriller Premonition, about a housewife (Sandra Bullock) whose hubby pops up alive the day after dying in a car crash.... Michael Stipe and&nbsp;Rufus Wainwright are among the recording artists who will join activist Cindy Sheehan in Bring 'Em Home Now, a concert to be held March 20 at NYC's Hammerstein Ballroom. Click here for more breaking entertainment news and celebrity gossip from around the world.

20th Century Fox has confirmed its plan to deliver a sequel to the summer box office hit Fantastic Four, starring Jessica Alba and... [Dreamy sigh]... oh, some guys. Although the follow-up, slated to hit theaters July 4, 2007 (where it will have to contend with Spider-Man 3, ouch), is expected to have its kick-ass quartet back, Julian&nbsp;McMahon (aka Dr. Doom) is&nbsp;already committed to star in the thriller Premonition, making you wonder if he had one.