Jenny Gago has joined the cast of TNT's Southland, TVGuide.com has learned.Which shows have jumped the shark? Check out today's photo gallery The 25-year film and TV vet will recur as Detective Josie Ochoa, a take-charge investigator partnered with Detective Lydia Adams (Regina King). She's been shot in the line of duty and is a tough mother of several sons. Josie's Latina culture gives her a unique perspective on cases that changes the way Lydia thinks about her work...

It's Bring It On, Volleyball-Style!

Now out on DVD, the teen comedy All You've Got (costarring Grammy winner Ciara and One Tree Hill's Daniella Alonso) could have just as well been titled "You Got Overhand Served," as three pampered volleyball stars are forced by their ritzy academy's closing to team with their blue-collar rivals, the Lady Phantoms of Cathedral High. Playing Lauren, the leader of the posh Madonnas, is Sa

When you have as distinctive a screen presence as Samuel L. Jackson, it's difficult not to get typecast in certain kinds of roles. But the 56-year-old actor has managed to circumvent lazy casting agents."They tried to [typecast me]," he says matter-of-factly. "It doesn't work. I work very hard to find different kinds of jobs with different kinds of characters. My agents and managers know that, so they send me scripts that are different. I think one of the most interesting things about me for people who go to my films is trying to figure out what I'm going to look like this time. Unfortunately, I had to look like myself in this movie, so I have to make sure that in the next one, I don't look anything like myself." "This movie" refers to the new sports drama Coach Carter, which hits theaters on Friday. Based on a true story, it follows a no-nonsense high school basketball coach named Ken Carter (Jackson), who locks his undefeated team out of the gym 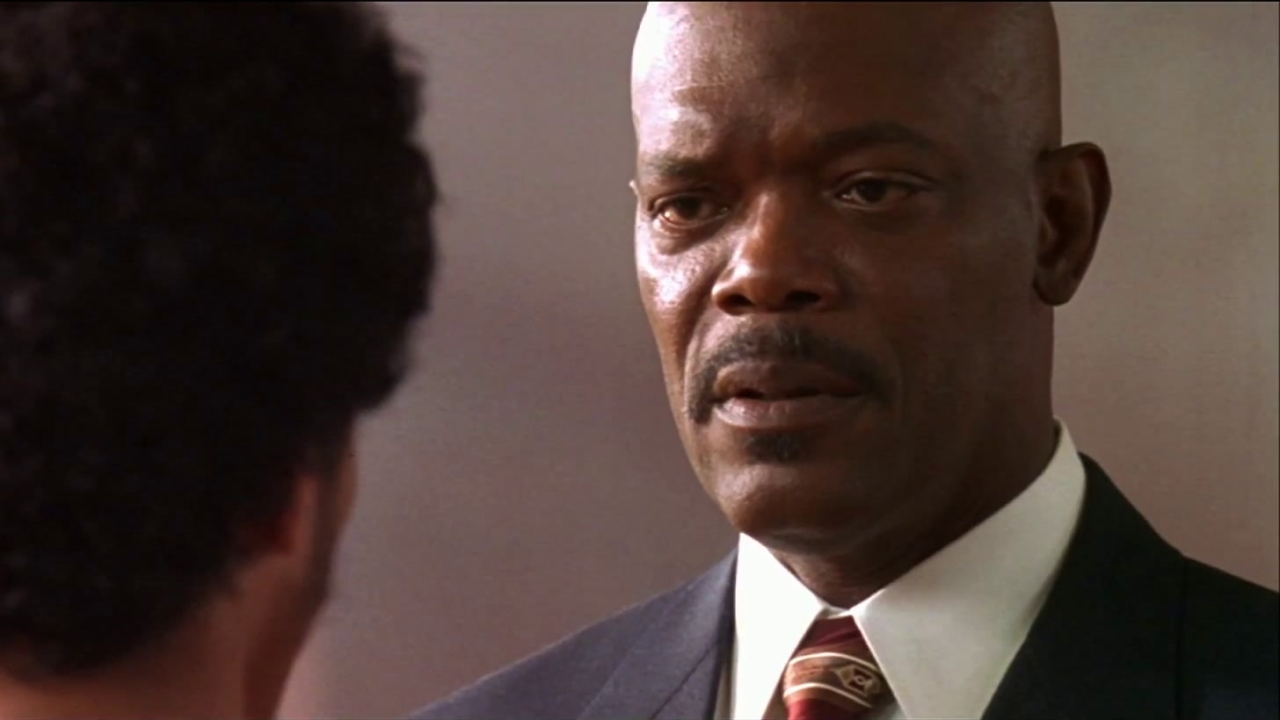