Doris Day saddles up as wild wild-West heroine Calamity Jane, a tomboyish gunslinger who leaves Arizona to go to Chicago to bring back a stage star to perform in a frontier saloon, while pining for an attractive soldier and swooning over rough-riding Wild Bill Hickok. Featuring the Oscar-winning song "Secret Love."

Deadwood: Up Close with Calamity Jane

There are many reasons to love this final full season of HBO's Deadwood (Sundays at 9 pm/ET), not least among them the continued standout performance by Robin Weigert. As the vulgar, dirt-smeared and usually plastered Calamity Jane, Weigert makes off with every scene she's in. The actress checked in from Las Vegas — where she was, appropriately, playing poker. TV Guide: You mustn't get recognized much in public. You're like night and day with Jane.Robin Weigert: I don't, and it's kind of a treat in its own way. But I suppose poker players are into Deadwood [Laughs], so there's a certain point where I'll hear, "I know you from somewhere," but they just can't place

Question: I am a big Nip/Tuck fan, so I was excited when you issued a little scoop from the new season in last week's AA. But I'm confused — you said Julia will "pull a Calamity Jane to someone else's Joanie Stubbs." What does that mean?Answer: It was a reference to the little lesbian-tinged Deadwood spoiler I issued, like, three questions above that one. Sounds like someone was caught not reading the entire column. Bad, Bryan. Bad! 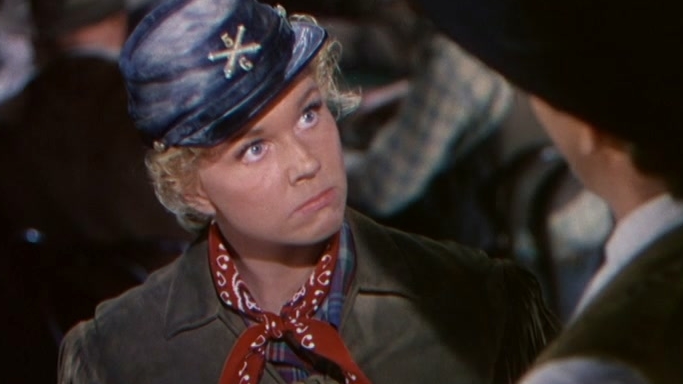